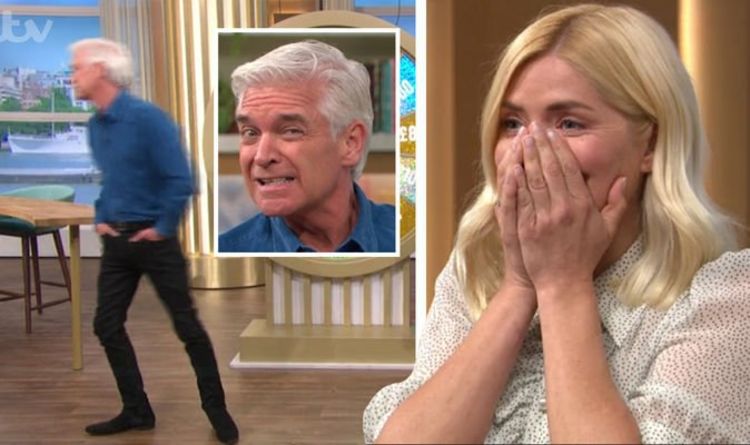 After saying goodbye, Holly then explained what was coming up on the rest of the show but made an error which saw Phillip storm off in response.

“We’re talking to Joey Essex in just a moment but there is another chance for you to win…” She said and then silence fell.

“And there’s a prize worth over £135,000…” Those watching at home heard her say through laughter.

“I just read loads of numbers! One hundred and thirty five thousand pounds up for grabs and Josie’s got all the details!”

After pulling a funny face, Phillip started walking off out of the camera’s view.