Phillip Schofield: This Morning host breaks silence on claims he... 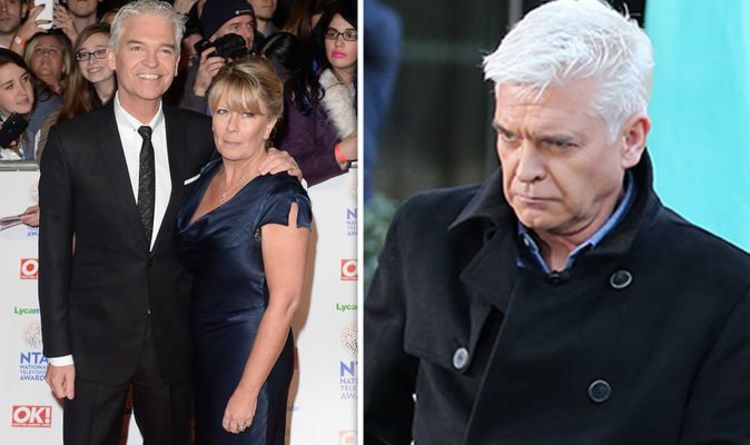 This Morning presenter Phillip Schofield, 58, came out as gay in a lengthy statement which he posted on Instagram back in February. The ITV star has been married to his wife Steph Lowe for the past 27 years.

The ITV veteran has since insisted that he’s still living at his family home after he was pictured outside his London flat last month.

Phillip recently shared a picture of himself posing with his wife Steph and their daughters Molly, 27, and Ruby, 24, as they enjoyed a murder mystery party together.

The picture showed the whole family outside of his Oxfordshire mansion.

In view of his 3.1 million Instagram followers, Phillip captioned the post: “Murder mystery night… we’re all in character and taking it very seriously.”

According to the Mirror, a social media user commented: “So you moved out but you’re allowed to visit your family? But I can’t go and visit my grandchildren.

“Just the rich or famous that are allowed, good to know.”

Phillip reportedly replied by insisting that he’s still living with his family despite being pictured at his flat.

He wrote: “Where did you get that I’d moved out…. oh yeah, the papers.”

They added: “It very much also seems as though their marriage could well be over.”

The ITV favourite has previously opened up about his relationship with his wife Steph and admitted he had suppressed his feelings of being gay because he was happy.

“I am not saying I didn’t know. Whatever was there, I thought: OK, whatever this is, you stay back because I am happy,” he told the Sun on Sunday in his first interview after coming out.

The This Morning presenter added: “I was confused by what it was. I thought maybe I was bisexual. But over time I realised and started coming to terms with it.”