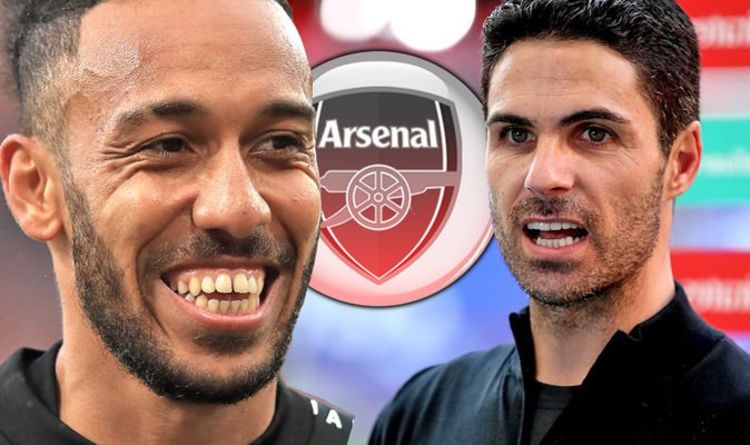 Pierre-Emerick Aubameyang is set to sign a new contract at Arsenal, ending speculation the striker will leave north London. The Gabon international was tipped to leave the Emirates this summer.

Aubameyang is out of contract next summer, meaning the Gunners could be forced to sell the 31-year-old if he refuses to commit his future to the club.

This summer transfer window would be the last chance for Arsenal to receive a sizeable fee for the former Borussia Dortmund star.

And according to the Telegraph, Aubameyang is set to pen a new contract at Arsenal.

They say the Gunners are on the brink of agreeing a three-year deal with their top scorer.

Talks are at an advanced stage over the deal, which will run until 2023.

It will cover the final 12 months remaining on Aubameyang’s current contract, then extend the deal for a further two years.

Aubameyang will earn around £250,000-a-week after signing his new contract, which will also include lucrative bonuses.

It’s claimed Aubameyang is encouraged that Arteta will be allowed to spend in the summer transfer window and bolster his squad.

Aubameyang feels Arsenal will be able to challenge for the top four next season if Arteta is given funds to spend.

Arteta was asked about Aubameyang’s future after their FA Cup final win, with the Gunners boss admitting he’s confident the striker will stay.

He said: “He knows what I think about him. I want to build the squad around him.

“I think he wants to stay and it is just about getting the deal done.