Piers Morgan 'cut off' by Rudy Giuliani after explosive row on GMB: 'Interview is over' 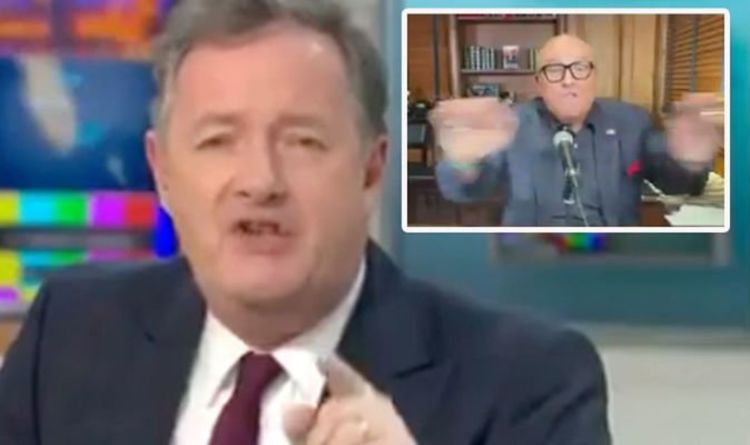 On Friday, President Trump took to Twitter in response to the Black Lives Matter protests and wrote in a now blocked but still accessible post: “When the looting starts, the shooting starts.”

There was a huge backlash from users of the micro-blogging site, with the social media giant taking action to ensure the comment was still visible, but could not be liked or replied to.

The interview with Mr Giuliani today started with the former Mayor stating he believed Derek Chauvin, the white police officer who held his knee against Mr Floyd’s neck before he became unconscious and died as a result, should have been “charged with first-degree murder.”

However, as the discussion moved on to the post made by the American leader in response to the outrage over police brutality, the attorney jumped to his defence.

This transpired into a clash between Morgan and his guest, which led the latter to declare the interview was “over”.