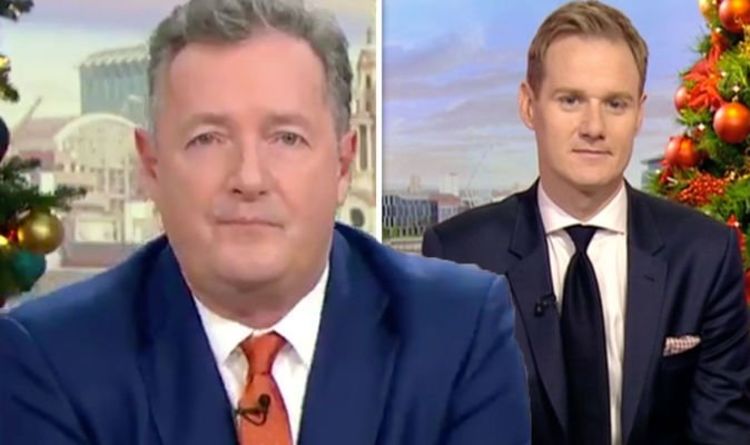 Yesterday, it was reported Dan Walker, who presents BBC Breakfast three days a week, is reportedly driven in an executive car from his home in Sheffield to the studios in Salford and back again. It was claimed by The Sun on Sunday, the 39.4 mile journey costs the BBC around £30,000 a year.

The 54-year-old asked Dan what car he is driven in and whether he “slums it” in a luxury vehicle.

He tweeted in view of his seven million Twitter followers: “Is it a Rolls, @mrdanwalker – or do you slum it in a Bentley?”

Some of Piers’ followers commented on the alleged cost, with one writing: “The worst thing is that people like me and millions of others who have to commute to work have to pay for it themselves. Disgusting.”

READ MORE: ‘Extremely shameful of you’ Piers Morgan loses it with Ken Livingst…

Another said: “Only about 40 miles, why can’t he drive himself or take the train? Real people do/pay their own commuting. That is the equivalent of nearly 2 x TV Licence per day!”

One fan defended Dan, saying: “What’s the issue here? The BBC want him on the sofa. The guy is in the studios for what 4am to prep for the 6am start. How do people expect him to get in? The alternative is they’ll just increase his pay and say pay your own cabs. Plus he’s on peanuts compared to @piersmorgan.”

A source told the publication: “It’s atrocious how much bosses are forking out just to get Dan to work. They could hire a reporter for that money alone.

His salary had increased by £57,500 in the last financial year, making him among the highest paid stars in 2019.

As well as presenting BBC Breakfast three days a week, he also fronts Football Focus, gameshow Chase The Case, presents shows on BBC Radio 5 Live, and presents sports on the BBC News Channel as well as regularly reporting for Final Score and Match of the Day.

Last year, the father-of-three said having his salary released to the public was “uncomfortable”.

He told the Press Association: “I totally understand the way that the BBC works and I can appreciate the pressure that they’re under, and the licence fee is under more scrutiny than it’s ever been under.