Piers Morgan erupts at Boris Johnson critics as he battles... 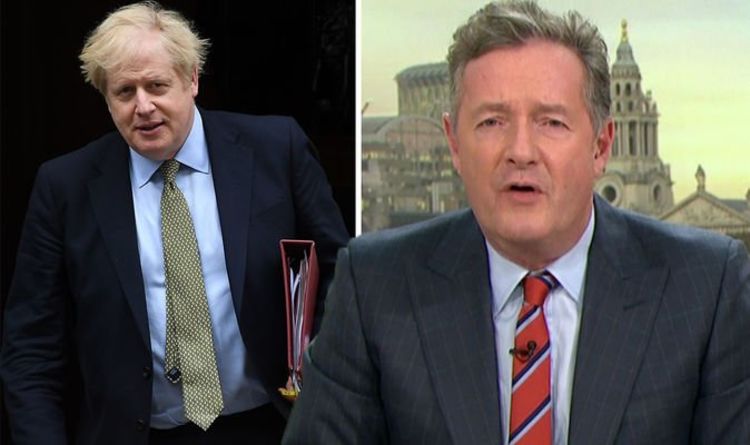 Piers Morgan, 55, took to Twitter to criticise people who are sharing negative comments about Boris Johnson, 55, on social media this evening. The Good Morning Britain presenter’s statement follows news that the Prime Minister is now in intensive care after testing positive for the coronavirus

Piers wrote in view of his 7.3 million followers: “If you have nothing positive to say about Boris Johnson on here tonight, then shut the f**k up.

“The man is our Prime Minister & he is fighting for his life.”

One person wrote: “Some of the things people post on social media are disgusting, regardless of political views.”

Another Twitter user added: “Spot on Piers. It’s a time for unity. Put everything else to one side.”

A third person commented: “To all those hitting a man when he is down, take a good long look at yourself and think about his family and pregnant partner, in times like this needs unity, not divisions.”(sic)

Piers followed his tweet about the Prime Minister by wishing luck to the foreign secretary Dominic Raab, who will be taking on Boris’ duties after he was admitted to intensive care.

The television personality wrote: “Massive responsibility now falling on this man’s shoulders. There can’t be a more difficult time to take charge of the country.

“I wish ⁦@DominicRaab⁩, our new de facto Prime Minister, the best of luck. He needs it.”

Piers previously tweeted: “This is an incredibly serious situation for the British prime Minister. Boris Johnson’s condition with #coronavirus at St Thomas’s Hospital has dramatically worsened in the last few hours & he was moved into intensive care at 7pm. Fight hard Boris – we’re all rooting for you.”

In another post, he added: “Downing Street must now be 100 per cent straight with the media & public re Boris’s condition. No more lies. Britain is in a war & he is the Prime Minister. His health is thus a matter of paramount public interest. We must all hope & pray Boris comes through this.”

Downing Street said in a statement on Monday evening: “Since Sunday evening, the Prime Minister has been under the care of doctors at St Thomas’ Hospital, in London, after being admitted with persistent symptoms of coronavirus.

“Over the course of this afternoon, the condition of the Prime Minister has worsened and, on the advice of his medical team, he has been moved to the Intensive Care Unit at the hospital.

“The PM has asked Foreign Secretary Dominic Raab, who is the First Secretary of State, to deputise for him where necessary.

“The PM is receiving excellent care, and thanks all NHS staff for their hard work and dedication.”

Boris previously updated the public on his condition in view of his two million Twitter followers.

He wrote earlier today: “Last night, on the advice of my doctor, I went into hospital for some routine tests as I’m still experiencing coronavirus symptoms.

“I’m in good spirits and keeping in touch with my team, as we work together to fight this virus and keep everyone safe.”