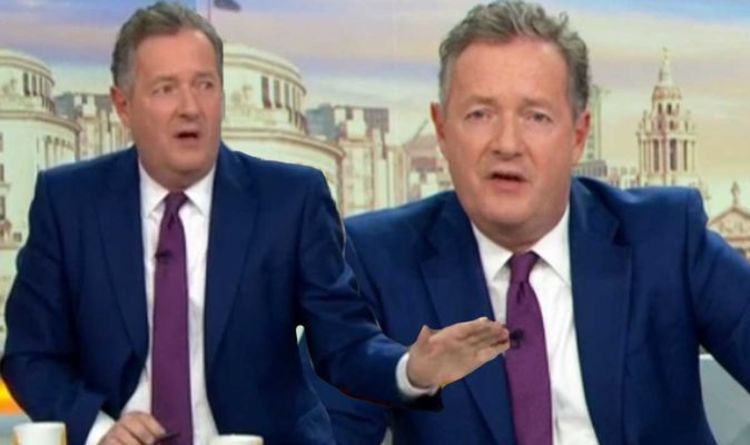 The support to see Piers Morgan sacked from his presenting role on Good Morning Britain has doubled recently. His interview style has been criticised recently after several politicians went head to head with him to discuss the ongoing coronavirus pandemic. While he said he was “challenging them” and “holding them accountable”, claims of “bullying” have been raised. And some viewers have been so unhappy with the way in which Piers has conducted themselves that they have taken to signing a petition to see him booted off the show.

A few months back, a petition was created calling for Piers to be removed from GMB, it gained 21,000 signatures at the time and Piers even discussed the campaign about himself on the show.

But following a string of car-crash interviews between the morning chat and news show and the presenter, the support for the campaign has doubled.

Express.co.uk has contacted GMB and a representative for Piers for comment.

It comes after his interview with Andrew Bridgen MP where he was accused of “humiliating” the politician.

Piers accused the Conservative representative of being “full of excuses” and “not having a clue”.

Following his appearance on ITV, Bridgen appeared on Talk Radio and he said after being “shouted at” by Piers, he “won’t be going back” onto the show.

“I’ll have a little bet, he won’t be fronting that programme by Christmas… his ratings are going to keep plummeting,” Bridgen added.

The producer for GMB recently revealed the viewing figures for the show compared to its rival BBC Breakfast.

But on the flip side, some viewers really don’t like the way Piers grills guests.