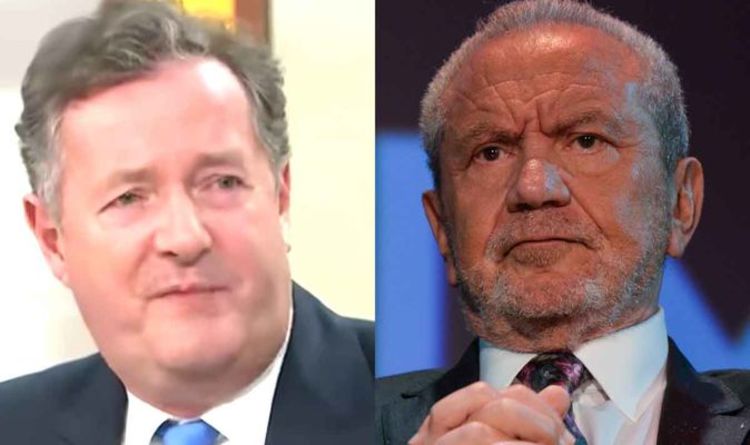 Before Lord Sugar’s tweet that led the presenter to remove him from his Twitter feed, the millionaire businessman took note of how many followers Piers had lost which was apparently from his updates surrounding the global pandemic.

He wrote to his followers: “Lost another 3063 followers today how you feeling Piersy @piersmorgan. People are fed up with you. FACT”, soon after he retweeted one of his loyal fans who backed him up by writing: “I had to unfollow him”.

They continued to express their thoughts on the TV host: “His panic spreading is just poisonous. People are already unsettled and @piersmorgan has no medical experience, let alone medical qualifications whatsoever! #losttheplot.”

Then, one user wrote to the Apprentice boss and said: “It’s embarrassing how obsessed you’re with his followers”, to which Lord Sugar responded back with: “I know it will touch a nerve in @piersmorgan case to hear he is losing a follower.”

- Advertisement -
Facebook
Twitter
Pinterest
WhatsApp
Linkedin
ReddIt
Email
Tumblr
VK
Previous articleDisney+ UK release: How to watch one of the biggest exclusives ahead of launch
Next articlePresident Trump tests negative for the coronavirus and is symptom free

BySir Keir has been remarkably quiet on his party’s Brexit position since he became Labour leader in April.  However, the former Shadow Brexit Secretary has...
Read more