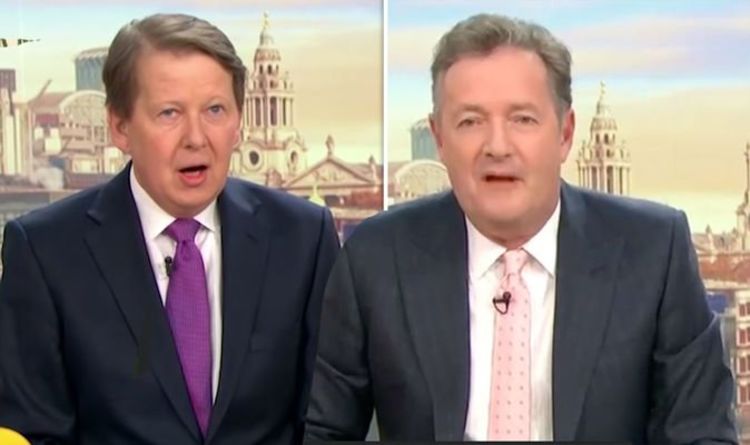 When asked about how he thinks they differ, he giggled as he replied: “Answering that would put me on thin ice, on deep water!

“But I can say, I don’t have such strong opinions as Piers has and I don’t voice them as much as he likes to.”

He went on to say: “I’ve been working on commercial radio, so to a limited degree I’ve had more freedom. But who knows what might happen.

“It might be that the beast might be unleashed on air, you’ll have to watch and find out.”

Good Morning Britain airs weekdays from 6am on ITV.

ByErin Silvia Willow Smith took to Instagram to share an eye-catching photo of herself doing an impressive yoga move while outside on a mat and...
Read more
Celebrity

ByStephanie Webber Sweet potato pie is a staple for Anthony Anderson’s family — and not just over the holidays. “I grew up eating it every holiday...
Read more
Celebrity

Bybshilliday Johnny Depp used an unusual setting to accept an award from a Polish Film Festival. He held the trophy while standing behind jail bars...
Read more