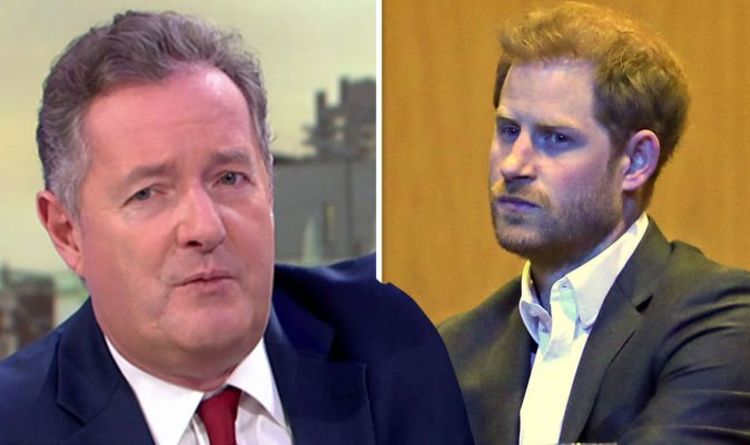 In view of his 7.1 million Twitter followers, Piers questioned why Prince Harry chose to fly to the UK to discuss carbon emissions.

It comes as the former royal family member launched an eco-friendly Travalyst firm with a “scoring system” which allows users to track their carbon emissions.

He wrote: “Why did he fly across the Atlantic to say this when he could have said it via Skype?”

Before he took to the stage today, host Ayesha Hazarika, a former Labour adviser, said: “He’s made it clear that we are all just to call him Harry. So ladies and gentlemen, please give a big, warm, Scottish welcome to Harry.”

The Duke is attending his first public event in the UK since late January, when he left his homeland to rejoin his wife Meghan Markle and son Archie Harrison in Canada.

Speaking at the event, Harry explained: “I want to help create a platform where all of us concerned about these issues can work together, where competitors can unite and incentivise a positive systemic change.

“There’s a reason why this hasn’t been tried before, but with our partners we have the best shot.”