Piers Morgan: GMB star hits back at trolls after son's... 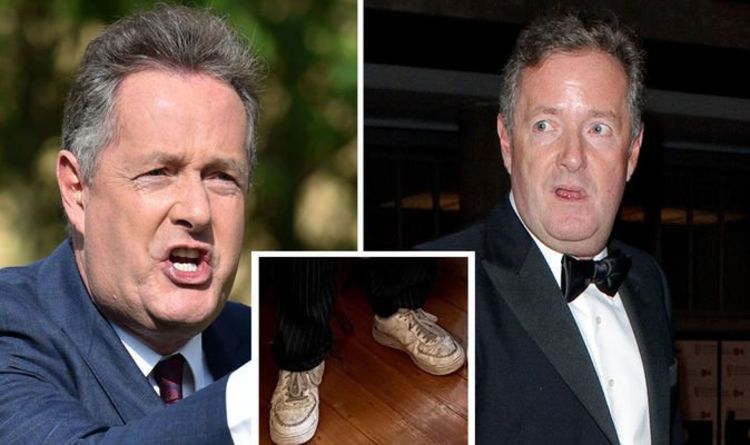 Piers Morgan, 54, has hit back at online trolls who slammed his son for wearing well-used trainers in their family Christmas photo. Piers posted the loving snap to Twitter of him, his three sons and daughter on Christmas Day.

But while the sweet post was met with lots of gushing fans wishing the family well over the holidays, others were focused on something else.

19-year-old Bertie Morgan donned some well loved Nike trainers with his Christmas Day outfit, leading to a wave of abuse from a handful of users.

“The state of these,” one commented, with a zoomed in picture of the trainers.

The outspoken ITV presenter is known for his quick witted response and this instance was no different.

He quickly responded with a reply that made a fair few fans giggle.

He said: “He wore them deliberately, knowing I wouldn’t notice when I posted the pic, global mockery would ensue, and I’d feel compelled to buy him a new pair to protect my brand.

“Smart work,” he added tagging his son in the tweet.

Replying to the fan, he reassured: “We found it hilarious, don’t worry.

“My kids find Twitter trolls as amusing as I do.”

Despite his acknowledgement, replies kept rolling in from users, with some joking he is “the biggest Twitter troll of all time”.

Another giggled: “Says the biggest troll of them all.”

“You are a twitter troll. Most of your tweets are calling people out on something,” a third noted.

The photo also provoked Piers’ online nemesis Lord Sugar, to weigh in on a different matter after noticing that his wife Celia Walden, was missing from the captured festivities.

The Apprentice star commented on the snap, asking: “Where’s the wife?”

Piers is yet to respond to his tweet, but that could be because of the many responses to Bertie’s ever popular trainer trick.