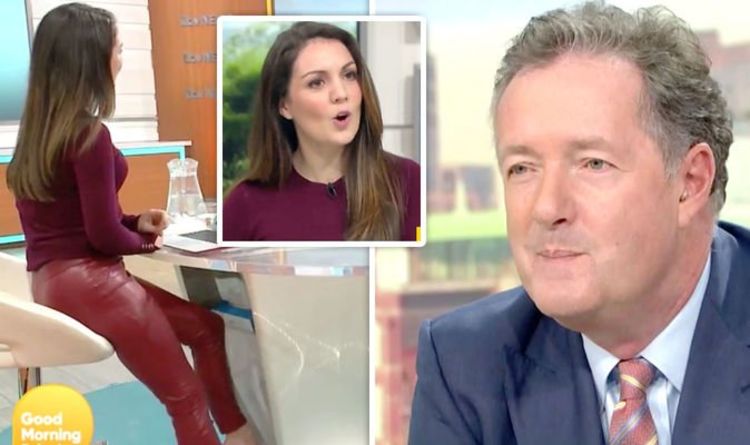 Susanna then asked, poking fun: “You know that question you got asked on Sunrise where they said, ‘Do you ever think you’ve gone too far?’ Ever have a moment of self reflection or self awareness?”

On being told they were sustainable, faux leather, Piers added: “They’re certainly sustaining me.”

Later in the broadcast, the father-of-four also said: “Laura’s trousers are getting a lot of attention on social media – she’s just gone to the loo but she did say it could take quite some time.

“Obviously peel them off and them peel them back on. Anyway, they’re from Zara is you really want to know. I’m wearing… actually I don’t know what I’m wearing, because it hasn’t got a label.”