Piers Morgan lashes out at Education Secretary in scathing school... 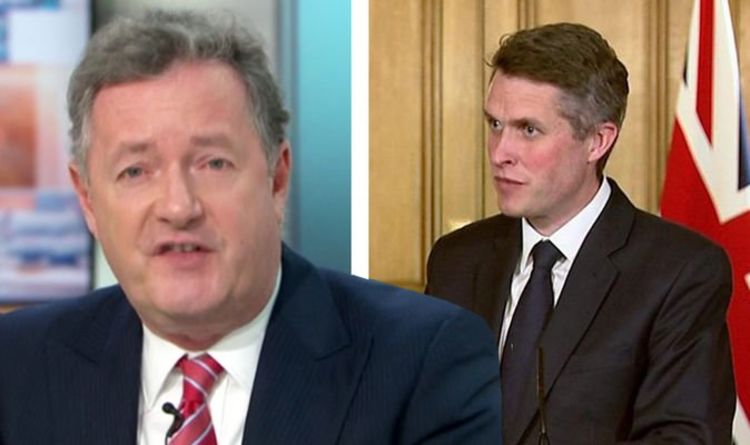 82 days ago, schools across England were closed and children were asked to stay home in the wake of the coronavirus pandemic. Three months later, the Conservative government has gone a u-turn and announced children will not be going back to school until September. This was a topic on Good Morning Britain today and presenter Piers Morgan wasted no time in expressing his opinion over the matter.

It began with a phased reopening of schools last week, with primary schools opening to children in nursery, reception, year one and year six from June 1.

Boris Johnson’s goal, however, was all primary school children in England to be back in class a month before the summer holiday.

However, yesterday afternoon, Education Secretary, Gavin Williamson, admitted not all children would be able to return to education before the summer, with some having to wait until September and the new school year.

Good Morning Britain presenter Piers Morgan was keen to find out why Williamson had made this decision – but because no government minister was willing to appear on the morning news and chat show, Morgan decided to rant to viewers instead.

“So then you have – the already disparity between the well off and not-well off throughout this pandemic – now being exacerbated by schooling, where people who can’t afford to go to a private school like Eton – and it’s not an anti-Eton thing, they’re doing they’re best for their pupils,” Morgan began.

“But how great to be a privileged child to be able to go to Eton, and have all the testing and all the safety to get on with your education and not have your own education stymied by this.

“But if you’re at a state school, you don’t have that choice or option.

“The Education Secretary says ‘We’ll be all back by September,’ but they’re not!

“When are they doing to be back? What is happening? What is your direction Gavin Williamson? We would ask him to his face but we’re on day 43 of the government boycott of Good Morning Britain,” Morgan continued.

Later on in the show, Morgan and Reid were joined by former Chief Inspector of Schools Sir Michael Wilshaw, Headteacher Paul Mundy-Castle and former Education Secretary Justine Greening to discuss this topic further.

Reid kicked it off: “You are going to have a generation at a significant disadvantage…do you think he’s [Williamson] been asleep at the wheel?”

Greening replied: “Many [are] surprised there isn’t a plan to get the schools back and for children most disadvantaged to get help. Gaps are going to get wider, I couldn’t agree with you more.”

Morgan added: “We need common sense and leadership. I think particularly important now for schools, so many people we know, it’s absolutely mind-numbing to me we’re still without clear direction!”

“I think it’s massive chaos and a shambles!” Wilshaw remarked. “We’ve narrowed the gap between advantaged and disadvantaged pupils in recent years, [but] what has happened over the last few months [is an] absolute tragedy. I don’t know how we made such a mess of this?”

Mundy-Castle added: “It’s been very difficult for us as school leaders to plan effectively for opening schools.

“The learning online has really exposed the inadequacies in the system because we’ve made incredible gains in closing the gap [between the privileged and non] and this period of time is going to widen the gap.

“[It’s] difficult to get families on board because they are listening to the government about social distancing, we already know when we party open on the 15th, they [some families] won’t be sending their children back [to school],” the headteacher added.

One tweet read: “Hold on parents were saying they wouldn’t send their kids back until September regardless of whether the schools opened or not they didn’t feel it was safe I’m confused or is Piers Morgan stirring it again making it worse than it is?”

“ALL the parents I know feel it’s currently unsafe to send kids back to school..fair play to the government not going on[to GMB],” another viewer added.

A third wrote: “My kids will not go back until September and I think kids are being underestimated, they are resilient and will bounce back, a few months of no school will not cause future problems to the extent some people are saying.”

Someone else argued: “My daughter is studying for A levels. This is the most important time of here life. She’s worked so hard to get to this point. The poor girl is stressed to the hilt. WHAT IS HAPPENING?”

One parent added: “Children need to get back to school. This has had a massive impact on my 14 yr old son, the school has stopped issuing work & he misses socialising & the engagement of school & friends. I fear for his future.”