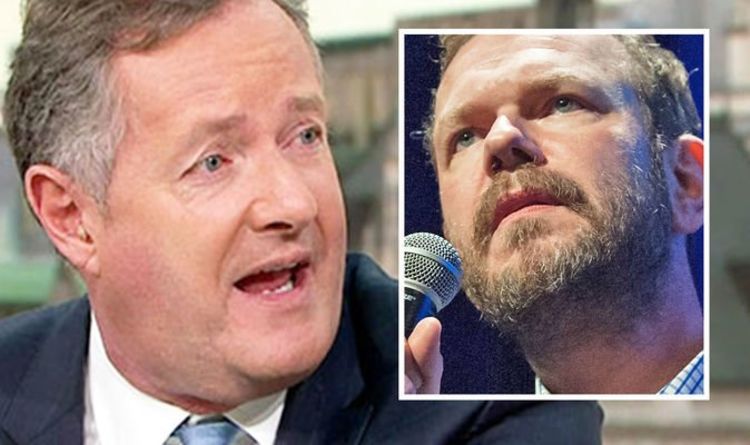 The controversial personality claimed that they ‘stink” and said the meat-free pastries were designed for “PC-ravaged clowns.”

James’s tweet was clearly designed to rile up Piers, and it certainly worked, as within minutes he received a scathing response from the former News of the World editor.

Piers tweeted: “No mate, ‘woke’ means being constantly, self-righteously certain that your ultra-liberal, virtue-signaling opinion is not only always right but anyone who disagrees is an idiot. You know the type…”

Twitter users were quick to back Piers in the disagreement.

One replied: “I have an even better one-word definition Woke = Sanctimonious.”

A second said: “I’m liking this version of Piers, damn it’s been too long since people spoke up and spoke the truth. Good job man.”

A third waded in: “The bitter moaning O’Brien still getting things back to front I see….how he still has a job in radio is bonkers!”

A fourth responded: “I couldn’t agree more Piers. We defeated the Remainers. We will defeat this Woke generation too.”

The debate comes after Piers published his Daily Mail column where he tore into Prince Harry’s ‘laughable’ speech delivered on Sunday at the Sentebale Charity evening.

“Oh, I know, I know…the only accepted narrative, certainly on Twitter, is that the mean, beastly, racist media has driven out poor Harry and Meghan with our despicable antics.

“We shamefully refused to let them lecture us about the environment AND use private jets like taxis! And we had the audacity to think a $ 500,000 star-studded, baby-shower party in New York was a tad inappropriate given that Harry and Meghan were busy urging us on Twitter that same week to pay more attention to poor people.”

Piers also went on to label the Sussex’s as “spoiled” and “entitled” in the scathing article that has received over 9000 comments in the short time it has been posted.