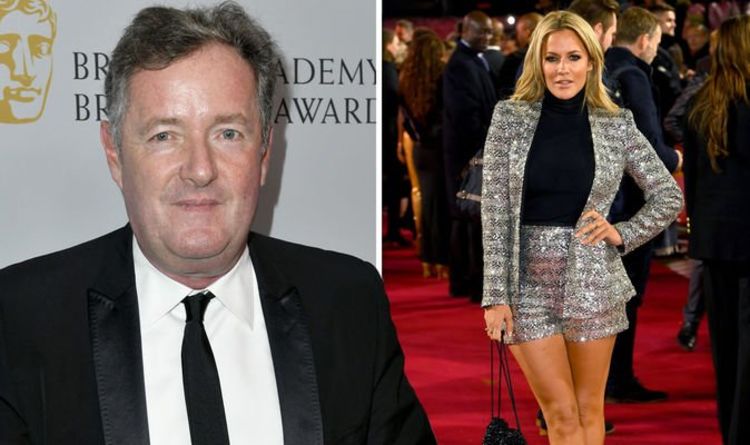 ITV announced they intend to carry on with this year’s winter edition of Love Island tonight, with a tribute to the presenting star set to air as part of the show.

In a statement shared on Twitter yesterday, the broadcaster wrote: “Many people at ITV knew Caroline well and held her in great affection.

“All of us are absolutely devastated at this tragic news. After careful consultation between Caroline’s representatives and the Love Island product team, and given how close we still are to the news of Caroline’s tragic death, we have decided not to broadcast tonight’s Love Island out of respect for Caroline’s family.

“Love Island will return tomorrow night [Monday] which will include a tribute to Caroline who will be forever in our hearts.”

She also told how show was not to be blamed for Caroline’s death but rather the “world outside”.

Struggling not to break down, Laura said: “The problem wasn’t the show. The show to work on is loving and caring and safe and protected. The problem is the outside world is not.

“Anyone that’s ever compared one woman against another on Twitter, knocked someone for their appearance, invaded someone else’s privacy, who have made mean unnecessary comments online need to look at themselves.”

“I’ve seen journalists on Twitter talk of this tragedy, who themselves have twisted what the truth is. You don’t have to tear down someone to make yourself feel good about yourself.

“So to listeners, be kind, only you are responsible for how you treat others, and what you put out into the world. I’ve had messages and been harassed for just doing my job and this is where the problem is and I want to use my platform to call this out and call people out.

ByAlongside Kate McKinnon and Heidi Gardner, Adele, 32, was seen playing a divorcee and a member of the African Tourist Board who encourages women...
Read more
Celebrity

BySarah Hearon Bravo, Bravo, f—king Bravo! Season 10 of The Real Housewives of Beverly Hills was full of firsts, but what does season 11 hold? Before...
Read more