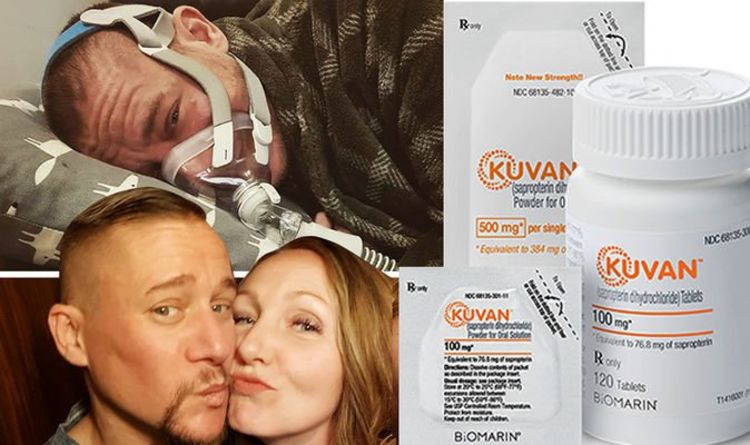 Last Saturday we unveiled our Supply Kuvan On The NHS crusade, demanding the life-changing drug for those with Phenylketonuria, or PKU. The inherited disorder forces sufferers to live on a severely restricted dietary regime, as too much protein can cause brain damage.

Since 2008 US firm BioMarin’s drug, which could help 600 UK sufferers lead a normal life, has been approved for use but not available on the NHS.

But we can confirm they are re-engaging with Nice again, despite their reservations at how Nice values “orphan” drugs for rare diseases.

Yesterday the shock news was greeted with delight by PKU campaigners who have been delighted by our new health justice campaign.

Tireless Kate Learoyd has fought for years for Kuvan on the NHS, despite her son Alex, 11, luckily taking the pill via a drug trial.

Kate, 46, of Holt, Wiltshire, said: “I am relieved BioMarin are going to re-engage with Nice. BioMarin has a monopoly on this drug and a responsibility to prioritise people in the UK who struggle with PKU.”

The disorder means sufferers cannot properly digest the amino acid phenylalanine (Phe), which builds up and can cause brain damage.

Caroline Graham, mother to PKU siblings Holly, 23, and Callum Graham, 26, of Godalming, Surrey, said: “I am overjoyed to hear that BioMarin are going to co-operate with Nice again.

“We’ve been waiting too long. I hope we can finally bring this fight to an end so that my children can get on with their lives. Everyone with PKU who is suitable should get this treatment.”

A Nice spokesman said: “We look forward to working with BioMarin [to] establish whether the drug should be made routinely available.”

Kuvan costs around £45,000 per adult, per year and £4,000 for a child, although the NHS would seek a significant extra discount.

He said: “Kuvan will change lives. This excellent campaign by the Daily Express has my full support.”

Eric Lange, the chairman of The National Society for Phenylketonuria, told us: “It is completely unacceptable that the UK is one of the only countries in the world not to provide this treatment.”

Yesterday the company told us: “BioMarin is pleased the Daily Express is supporting calls for Kuvan to be made available to people with PKU in the United Kingdom.

“We are proceeding with Nice’s STA (single technology appraisal) process in the hope of achieving reimbursement.”

BySir Patrick Vallance said the capacity for testing had increased, but "it's really important to concentrate on numbers of contacts, isolation as quickly as...
Read more