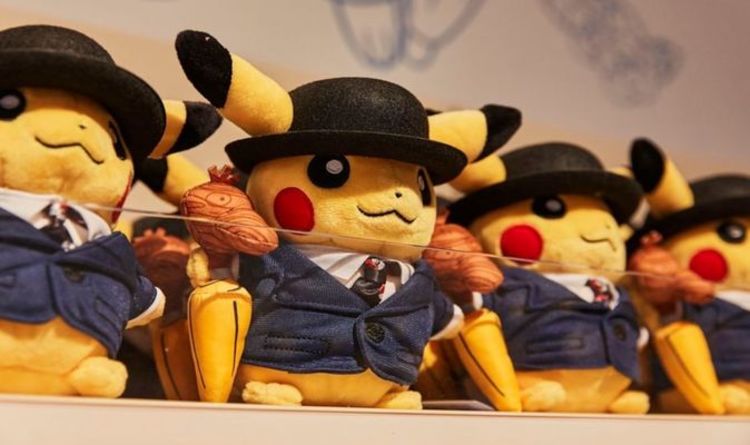 The Pokemon Center has opened its doors to the public, although fans face a long wait if they want to explore.

The new Pokemon store can be found in London’s Westfield shopping mall in the heart of Shepherd’s Bush.

Open from October 18 until November 15, the pop-up Pokemon shop is already proving hugely popular with fans.

Despite the shop not opening until 10am, some fans starting queuing overnight to guarantee getting in.

And based on some of the pictures and videos posted on social media, this now seems like a good idea.

Indeed, at the time of writing, the queues to get in are bigger than Snorlax’s waistline.

Various reports suggest fans will be queuing from anywhere between 5-9 hours to get in, while one social media user estimates that the queue outside is more than a mile long.

Just take a look at some of the Twitter posts below for an idea about how long you’ll be waiting.

“The Pokemon Center London pop-up shop opened earlier today with hundreds of fans – some who queued for hours – eager to get their hands on a range of Pokemon products, including several exclusive items only available at the pop-up,” reads a Pokemon Company statement.

“As the doors opened, fans were greeted by the London City Pikachu costume character, the official ‘face’ of the store.”

The opening of the shop coincides with the imminent release of the Pokemon Sword and Shield games on Nintendo Switch.

Fans can even play a demo of Pokemon Sword and Shield in store by obtaining a wristband.

There’s also a Pokemon Go tie-in with the opening of the new store, as Psyduck, Vaporeon, Jolteon, Flareon, Combee, and several other Pokemon appear with greater frequency around Westfield.

If recent rumours are anything to go by, this won’t be the only Pokemon Go tie-in for Sword and Shield.

Based on data discovered within the Pokemon Go game files, Galarian variations of existing Pokemon will appear in Pokemon Go.

This means that at the very least, Pokemon Go fans can expect to encounter Galarian Weezing, Galarian Zigzagoon and Galarian Linoone.

It’s unclear when the crossover will take place, but it’s likely to happen closer to Sword and Shield’s November 15 launch.