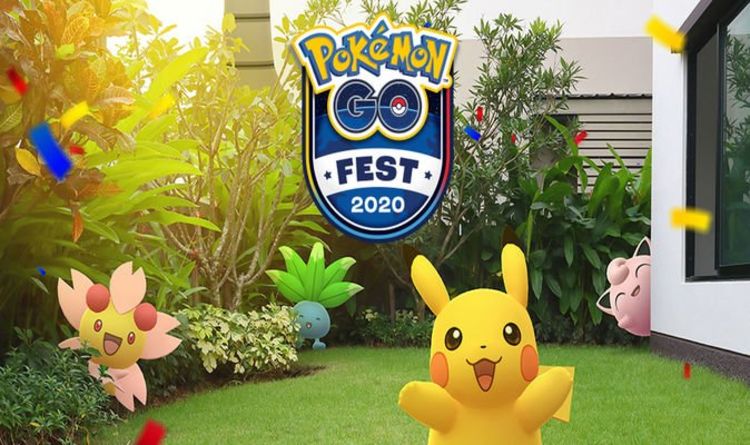 Pokemon Go Fest 2020 is kicking off this weekend, and it’s to offer some great Spawns for gamers looking to booth their collection. As confirmed by Niantic earlier this year, Pokemon Go Fest is going to be an entirely global event in a virtual format, which will allow Trainers worldwide to participate in the best stuff. Getting the most out of the new Pokemon Go event will mean snapping up a ticket, which are available in the in-app shop now.

WHEN IS POKEMON GO FEST STARTING IN JULY?

Niantic has confirmed that Pokemon Go Fest 2020 will be starting on Saturday, July 25, 2020, across Android and iOS versions of the game.

From what has been shared online by Niantic, the Pokemon Go start time has been set for 10 am local time, and the event will be running until 8 pm.

This will be the same format shared for Pokemon Go Fest’s second day, being held on Sunday, July 26, 2020.

The deadline to purchase tickets is July 26, 2020, at 6 pm local time. Keep in mind that if you purchase your ticket after the event starts, you may miss out on some of the earlier content.

And as you can imagine, there’s going to be plenty of content to check out when everything does go live this weekend.

Niantic has confirmed that during Pokemon Go Fest, Habitats will be in rotation hourly, making for some exciting spawn combos.

Five rotating habitats themed after fire, water, grass, battle, and friendship will be in place during event hours, and each will feature different Pokémon and challenges.

According to Niantic, this will be the situation during Saturday, meaning things could change when Sunday rolls around.

It should also be noted that if you own a ticket when Pokemon Go Fest kicks off, then all existing spawns found on the map will turn into event spawns.

Here’s what we know is happening on July 25, with Niantic keeping Sunday plans more of a secret:

“Trainers can access a Special Research story that they can get only on Day 1.

“Five rotating habitats—themed around fire, water, grass, battle, and friendship—will feature special Pokémon that go along with that habitat’s theme. These habitats will rotate every hour so that each habitat will be featured twice during Day 1.