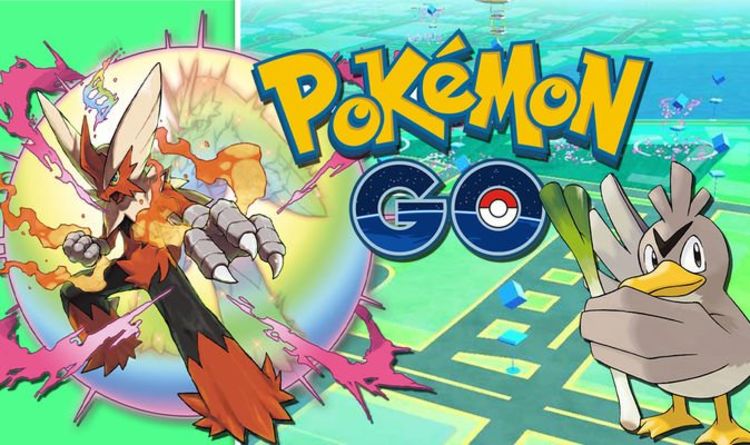 Pokemon Go fans have been treated to a couple of big announcements as part of today’s big Pokemon Presents stream.

After recapping some of Pokemon Go’s recent changes, The Pokemon Company announced plans to bring Mega Evolutions to the AR app.

Players must have a Mega Stone in order to perform a Mega Evolution, so a new item will join Pokemon Go in the coming months.

There’s no word on a Mega Evolution release date, but expect it to launch later this year.

“In collaboration with Niantic, The Pokemon Company announced that Mega-Evolved Pokemon will appear in the real world in Pokemon GO,” Niantic explains.

“Fans can look forward to experiencing a new take on Mega Evolution that takes advantage of Pokemon GO’s unique gameplay.”

The Pokemon Company also announced plans to bring Galarian Farfetch’d to the game to celebrate the release of the Isle of Armor expansion.

“In celebration of the release of The Isle of Armor (part one of the Pokemon Sword and Pokemon Shield Expansion Pass for Nintendo Switch), Galarian Farfetch’d is making its debut!” reads a Niantic post.

“Plus, you can pick up avatar items themed around Galarian Farfetch’d and the Isle of Armor. This is your chance to catch this Wild Duck Pokemon, which fights bravely using its thick, tough leek!”

Galarian Farfetch’d will be available in increased numbers from June 17 until June 18 at 2pm BST.

“If the player skillfully brushes their teeth, they can defeat cavity-causing bacteria depicted in the game and then catch Pokemon. The game will guide the user through the toothbrushing process, so each playthrough can help them brush all areas in their mouth.”

Then there’s Pokemon Cafe Mix, which is a new free-to-start puzzle game for smartphones and Nintendo Switch.

“Pokemon Café Mix is a unique puzzle game where players can link Pokemon icons together by swirling them around. To link icons, players will need to grab a Pokemon icon and drag it next to another icon of the same Pokémon species. Icons will be cleared after they are linked together.”