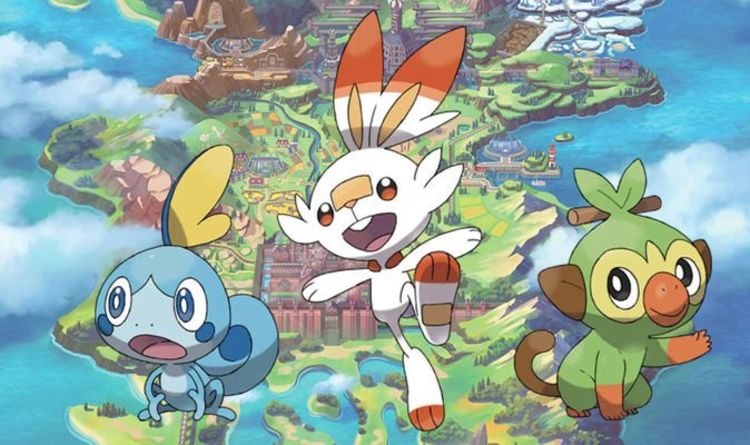 Pokemon Sword and Shield release date is fast approaching, and ahead of it new ‘leaks’ may have revealed details about the starter evolutions.

Trainers have less than a month until Pokemon Sword and Shield is finally out on the Nintendo Switch.

Game Freak’s latest Pokemon title will have a worldwide release date on the Switch of November 15.

And ahead of the big Nintendo Switch launch some major claims have been made about Pokemon Sword and Shield.

It has been claimed that the starter evolutions for Pokemon Sword and Shield have been leaked.

The alleged leak claims to reveal the final evolutions for the Pokemon Sword and Shield starter pocket monsters.

These Pokemon evolutions are allegedly for Scorbunny, Sobble and Grookey.

Scorbunny’s final evolution is claimed to be a humanoid rabbit with a soccer ball.

While Sobble will allegedly evolve into a humanoid chameleon spy and Grooky will reportedly turn into a large gorilla with a giant drum.

It’s claimed these Pokemon starter evolutions will be revealed during a Nintendo Direct two days before Sword and Shield’s release date.

This all remains to be seen, but it’s important to point out a number of things about this alleged leak.

Firstly, it’s claimed that these final starter evolutions will be showcased during the rumoured November 13 Direct.

However, the second stage evolutions have not been revealed yet which makes the claims seem dubious.

Secondly, the claims originate from notorious internet message board 4chan where plenty of fake rumours have been circulated.

However, there are the occasional accurate leaks on 4chan with the existence of Pokemon Let’s Go getting leaked on the site before its official reveal.

As always with rumours though, it’s best to take them with a pinch of salt until official confirmation.

And, if there is going to be a Nintendo Direct in the run-up to the Pokemon Sword and Shield release then it should get announced in the next few weeks.

The alleged leak also makes claims about Smash Bros Ultimate DLC announcements that will be made during the Direct.

It’s claimed that Crash Bandicoot will be revealed as the final DLC character for the first Fighters Pass.

Smash Bros will also allegedly be getting Minecraft DLC and fans will be teased about Ninja Gaiden’s Ryu Hayabusa arriving in Fighters Pass 2.