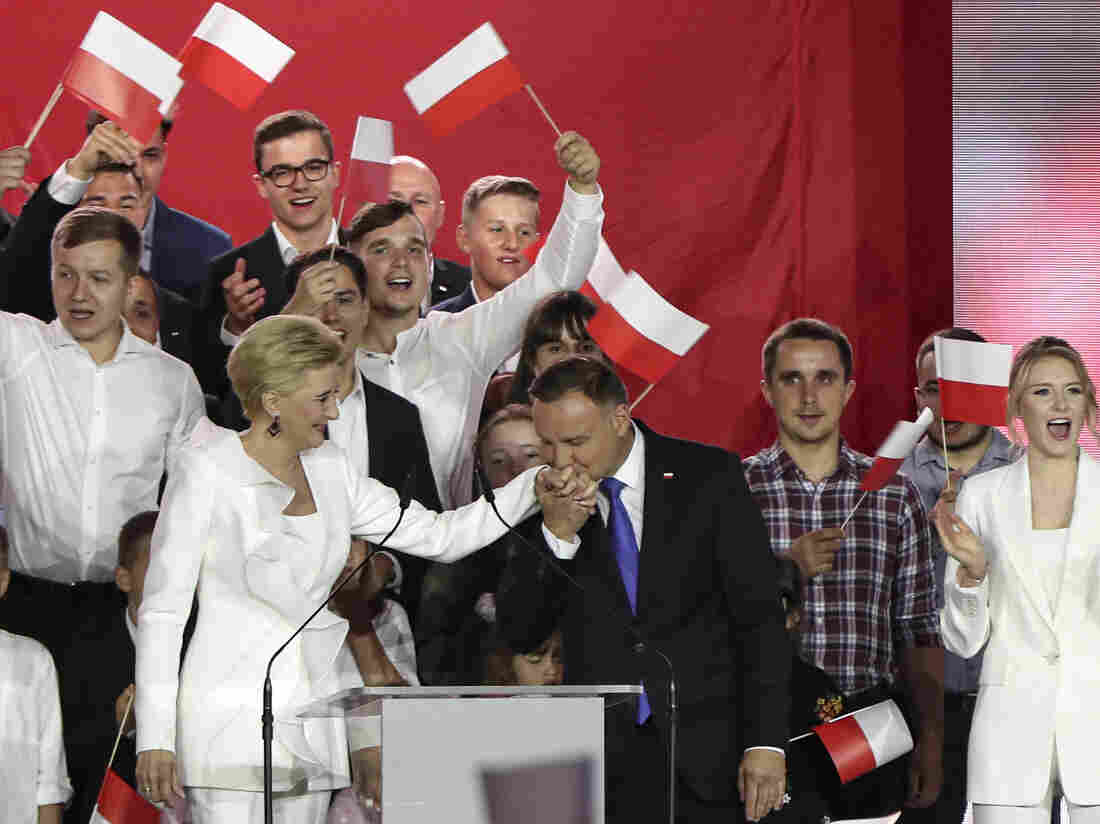 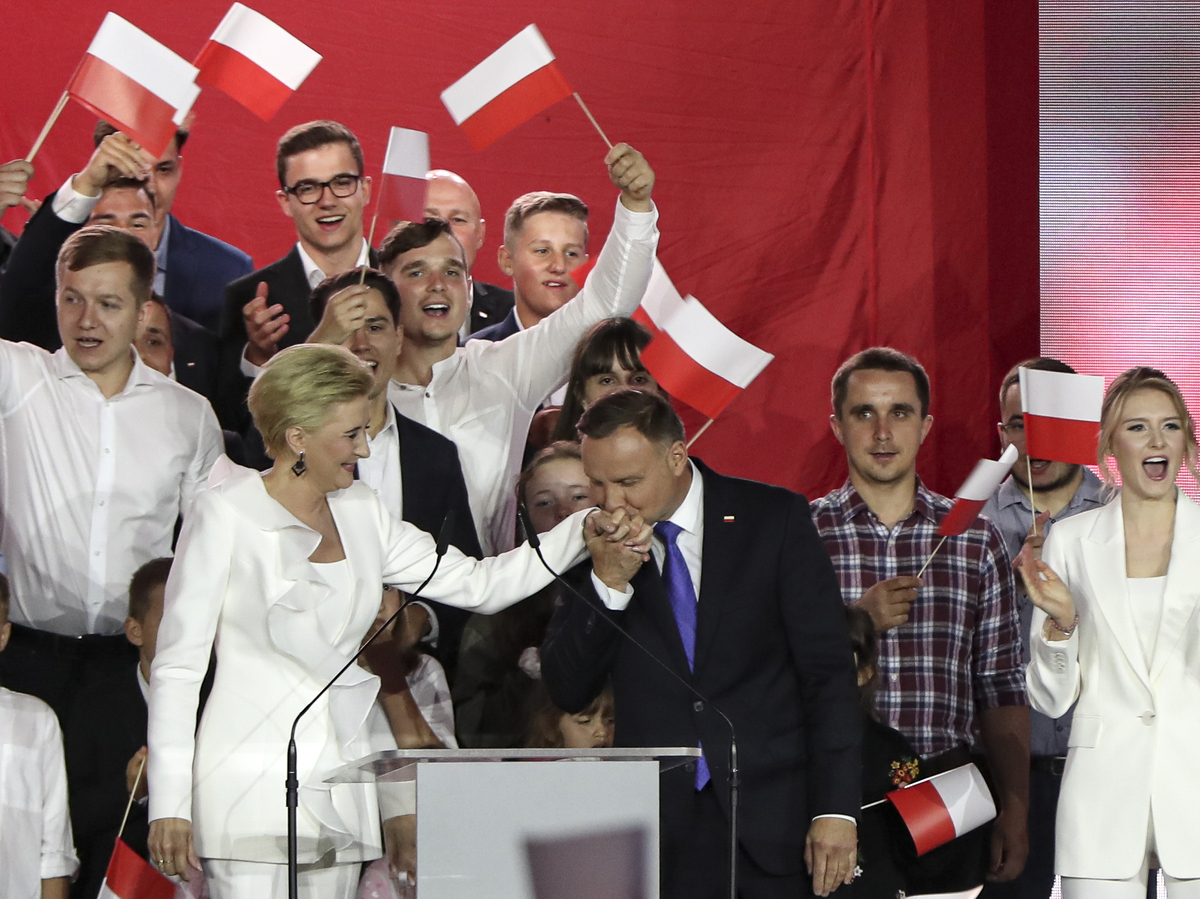 Turnout, at nearly 70% of eligible voters, was the highest since the fall of communism in 1989. Sunday’s election was a runoff between the two top finishers in the initial round of voting last month, Duda and the relatively liberal mayor of Warsaw, Rafal Trzaskowski, also 48.

With nearly all votes counted, Poland’s state electoral commission said Duda had received 51.21% versus Trzaskowski’s 48.79%, according to The Associated Press. The commission said uncounted ballots were unlikely to significantly change the results. 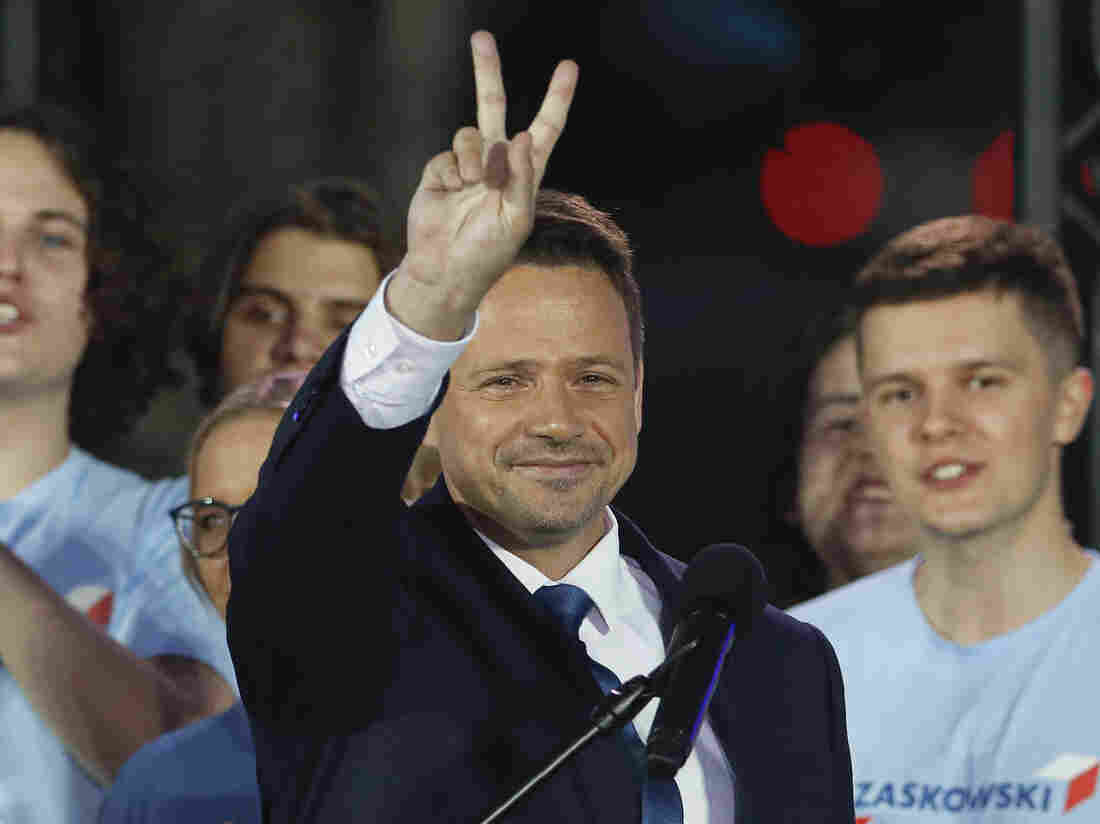 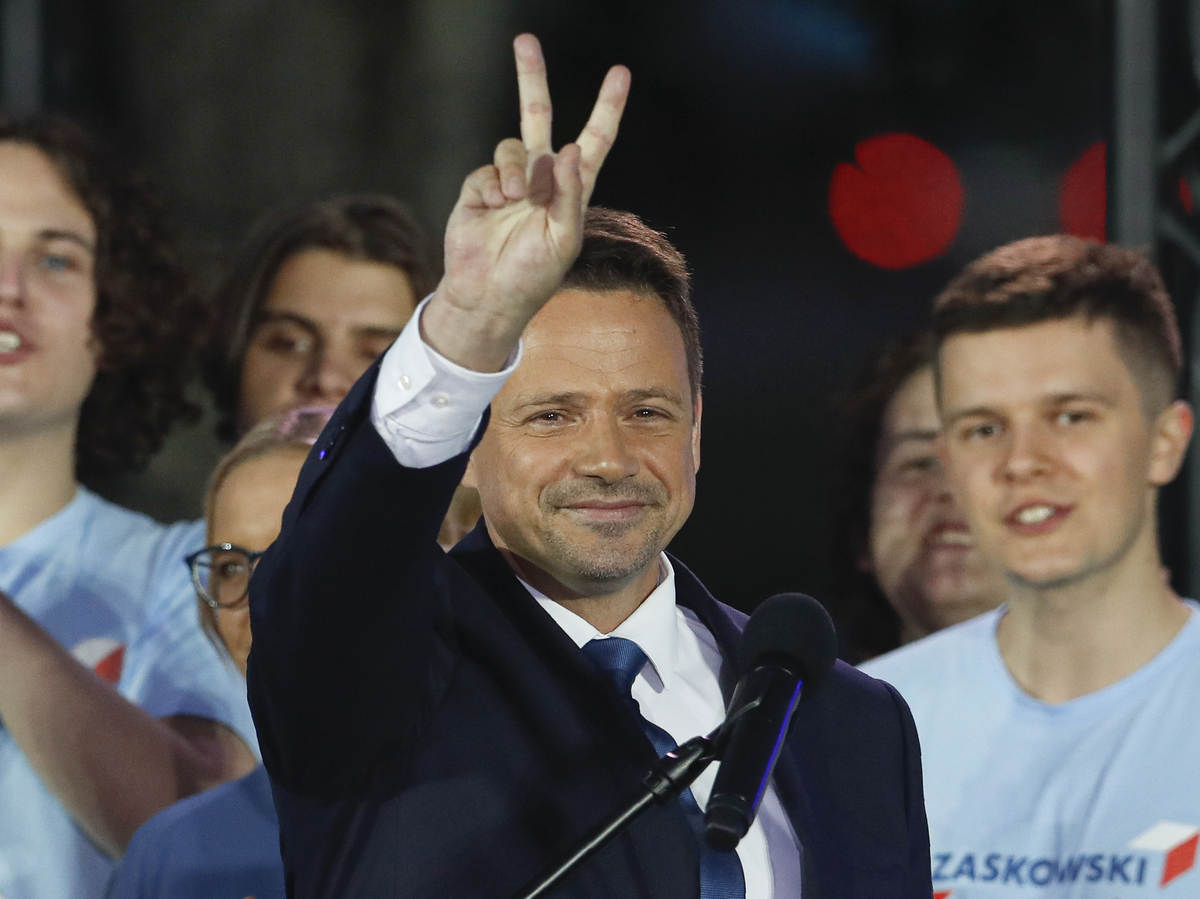 Presidential candidate and Warsaw Mayor Rafal Trzaskowski flashes a victory sign at the end of election day in Warsaw.

The European Union, which Poland joined in 2004, has been harshly critical of what it regards as violations of democratic norms. Two years ago the European Parliament declared that the situation in Poland “represents a ‘clear risk of a serious breach’ of EU values, including the rule of law.” The vote triggered an inquiry which could ultimately lead to Poland losing its voting rights in the European Council.

A major topic of the presidential campaign was the country’s LGBTQ community. Duda warned that Poland’s children were at risk from “an imported ‘LGBT ideology,’ ” according to the BBC. As mayor of Warsaw, Trzaskowski had marched in Pride parades, though he opposed adoption by same-sex couples.

State television accused Trzaskowski of being under the sway of LGBTQ activists and Jewish interests, reviving Poland’s fraught history of anti-Semitism.

Hungary’s prime minister Viktor Orbán, who is also at odds with the EU for his increasingly authoritarian style of governing, congratulated Duda on his victory, according to Reuters. Orbán posted his and Duda’s photos on Facebook with the caption, “Bravo!”