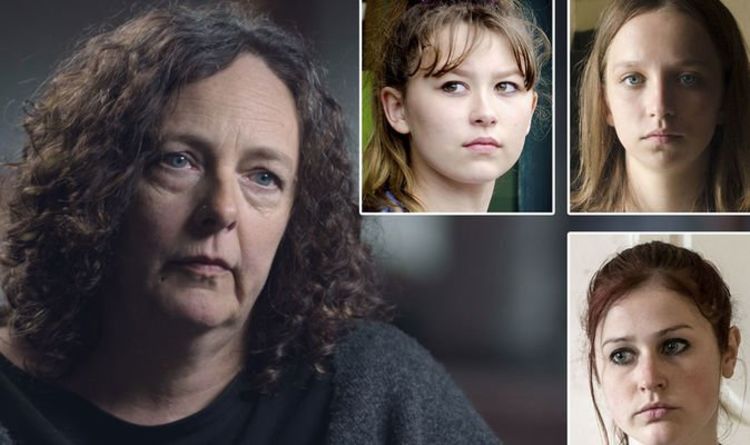 One victim told police how girls were being offered £50 for sex above takeaways, while others described going to “sex parties” with 20 Asian men. ​But despite a 2004 Greater Manchester Police probe identifying the paedophile network, few were ever brought to justice.​ GMP’s Operation Augusta identified at least 57 victims but was “prematurely closed down before it could complete its work”.​ The 145-page report reveals authorities failed to protect youngsters from Asian men for fear of inciting “racial hatred” – with one GMP team told to arrest “any other ethnicity” than Asian.​

Victims were hooked on drugs and raped.

Yesterday the revelations of institutional neglect were disclosed after a two-year inquiry.​

The report states: “Authorities knew many were being subjected to the most profound abuse and exploitation but did not protect them.​

“These were predominantly Asian men working in the restaurant industry; they enticed young girls in the care system and ultimately abused them. ​

“But concerns were expressed about the risk of proactive tactics or the incitement of racial hatred.”​

Commissioned by Greater Manchester Mayor Andy Burnham, the report was launched on the back of allegations made by ex-detective Maggie Oliver.​

​It was also sparked by GMP’s criticism over their fears of arresting Asian men in the separate Rochdale abuse scandal.​

​​Yesterday GMP Chief Constable Ian Hopkins apologised to the victims and said he felt “personally disgusted” at the crimes.​

He went on: “In August 2018 it became clear Augusta was not to standard and I immediately commissioned a review.​ Following (that) review, a multi-agency team was established with Manchester city council under Operation Green Jacket.​

“To date Green Jacket has identified 53 potential victims; 48 were in care. This includes Victoria Agoglia.” ​​

Joanne Roney, Manchester City Council chief executive, said: “This report makes for painful reading. ​Some of the social work 15 years ago fell far below the high standards we now expect. ​

​“We are deeply sorry not enough was done to protect our children at the time – we are in a much better place.”​ ​

The report looked at a sample of historic cases detailing rape and sexual abuse allegations made by girls that were not ­followed up.​

​It concludes each case with the same sentence: “We cannot offer any assurance this was appropriately addressed by GMP or Manchester City Council.”​​

As a result “very few of the relevant perpetrators were brought to justice and neither were their activities disrupted”.​

This was despite “clear evidence” girls, aged 12 to 16, were being abused “generally by older Asian men”.​

Police even had all the predators’ names, addresses and the flats above takeaways where the abuse occurred.​

​He added there was now “a zero-tolerance approach to child sexual exploitation”.

'China WON'T be happy!' UK and Beijing set for clash over HUGE Brexit move in Africa

ByBrexit talks continue to stall despite "intensified" discussions last week as both the EU and UK refuse to back down on their respective demands....
Read more