Police left red faced after pulling over Chief Constable during... 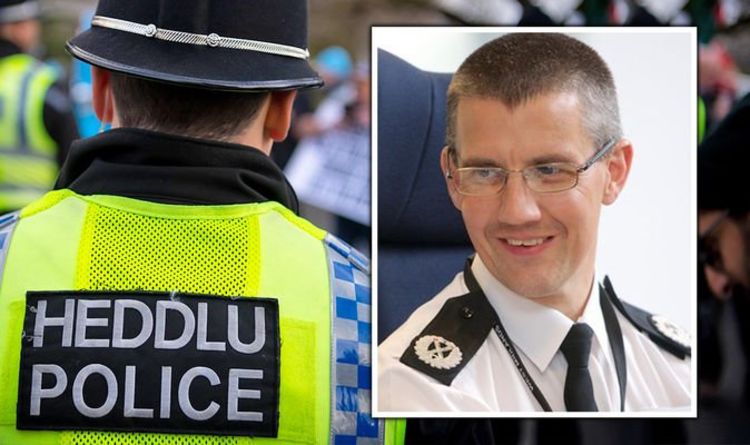 North Wales Police Chief Constable Carl Foulkes was driving to the town of Wrexham yesterday to go on patrol when he was pulled over. Mr Foulkes clearly took the incident in good humour and praised the officers for doing their jobs.

He described the officers’ faces being “a picture” as they realised who was ditting in the driver’s seat.

He tweeted: “This morning travelling to Wrexham to go out on patrol and pulled over by my own local policing officers, doing a great job, although their faces were a picture.

“Keep up the good work.”

Because of nationwide lockdown measures in recent weeks, police have been granted powers to issue fines to people who are found engaging in non-essential travel outside of their homes.

Those who flout the rules could be issues an on-the-spot fine of £60 and £120 for a second offence.

Police forces across the UK have faced criticism in recent days for being heavy-handed in their approach to enforcing lockdown measures.

Former Supreme Court judge Lord Sumption compared some incidents to that of a “police state”.

Speaking on BBC Radio 4, he said that the use of drones by Derbyshire police to film dog walkers in the Peak District was “disgraceful”.

In response to the controversies, police chiefs are drawing up new guidelines for forces to follow so as not to go too far in their enforcement tactics, the Guardian claims.

This new guidance will reportedly clear up any confusion surrounding what is prohibited by the police’s emergency powers and what isn’t.

Previous guidance, set out by the College of Policing on March 26, said officers should “make sensible decisions” and “employ their judgement”.

But some reports have pointed out that this had led to inconsistencies across police forces as to how strictly the measures are being enforced.

The lockdown measures, which came into force on Monday, March 23, state that people should only leave their homes to: shop for basic necessities like food or medicine; do one form of exercise a day, such as walk, jog, or cycle; any medical need, including escaping risk of harm or injury, or to provide care; and travelling to work.

North Wales was in the headlines again earlier this week after herds of mountain goats flocked to the seaside town of Llandudno.