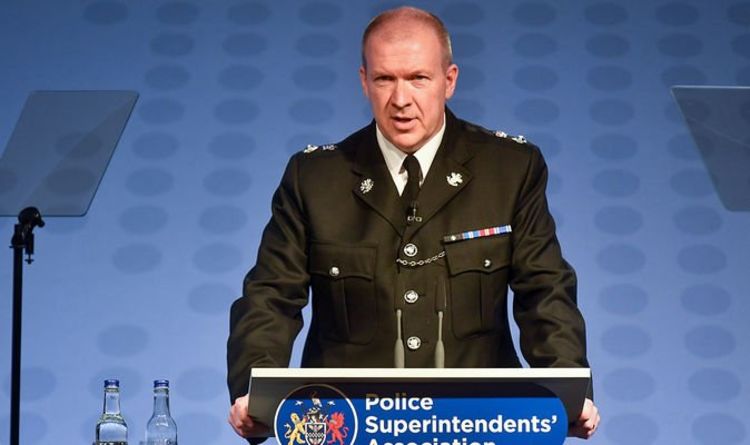 Lockdown measures were put in place on March 3, and have been extended until the end of May to stem the spread of the virus. The death toll rose about 16,000 people in the UK on Sunday.

Chief Superintendent Paul Griffiths spoke to The Independent about the economic difficulties of the lockdown leading to a rise in “crime and disorder”.

He said: “There’s not been much debate at the moment about what the future looks like because we’re all in the present.

“But we’ve got to look at the social and economic impact … there are going to be people who are out of work, businesses that have not been able to sustain themselves, and the impact on society will start to come through.

“If there are challenges economically, there is sometimes a rise in crime and disorder.”

The president of the Police Superintendents’ Association (PSA) continued by describing how his fears were based more on “suppression” than a fear of protest.

He said: “My worry is that there will be a whole load of societal impacts from what we have gone through over those months.

“Those consequences could be a more volatile and agitated society.

“We need to think about how to best support, help and engage with our communities so they can get through what has been a really significant impact on every aspect of their lives.”

Tensions towards the police have led to forces been warned by MP’s not to abuse their powers as the UK gets deeper into lockdown.

The Home Affairs Committee said several errors had been identified through social media and press reporting, and called for forces to “ensure that there are proper checks in place”.

Two forces have so far admitted wrongly charging people under the Coronavirus Act 2020.

Senior officers have admitted 39 fines were handed to children in violation of the law and were being rescinded.

While the amount of overall crime recorded by police has dropped by 28 per cent in England and Wales over the past month, officers are concerned that the statistic may not reflect reality.

Martin Hewitt, the head of the National Police Chiefs’ Council, revealed that only 10 per cent of police officers and staff were currently absent, and that many were working from home.

“Our message for the public is to continue reporting crime and incidents to us,”

“We will come when you call for help.”