Police used Jackie Robinson Stadium as a 'field jail,' and UCLA is not pleased 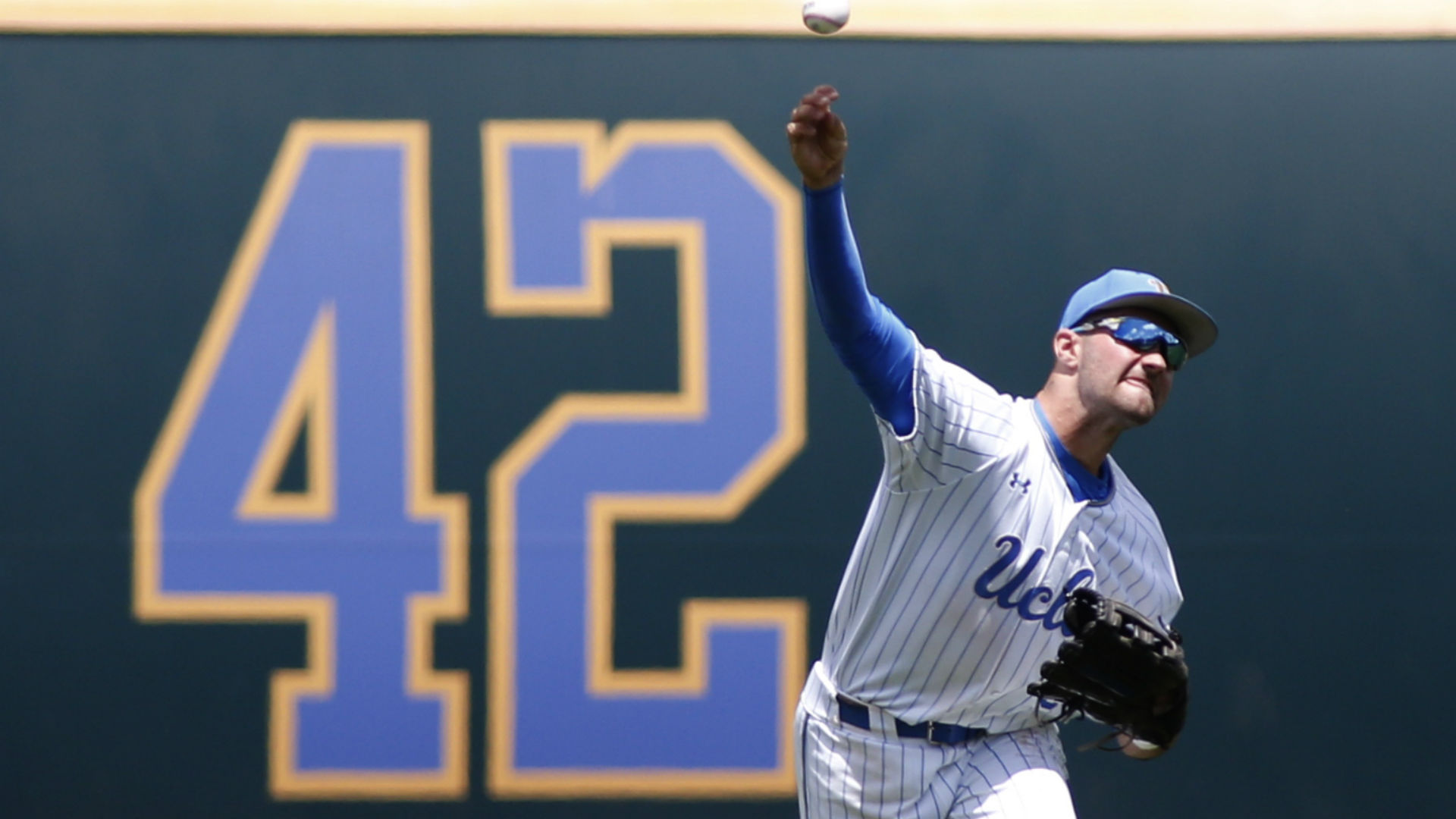 UCLA made clear early Wednesday morning that it did not permit police to use its baseball stadium as a “field jail” to temporarily detain people who had been arrested Tuesday night while protesting the death of George Floyd.

The venue that was named after Jackie Robinson, a UCLA alum who in 1947 became the first African-American to reach the MLB stage, is no longer being used by police, according to LAPD officer Mike Lopez (via NBC News).

“We’re troubled by accounts of Jackie Robinson Stadium being used as a ‘field jail,'” the university tweeted Wednesday. “This was done without UCLA’s knowledge or permission. As lessee of the stadium, we informed local agencies that UCLA will NOT grant permission should there be a request like this in the future.”

The following is from a letter sent to UCLA leaders and posted on Twitter by urban planning professor Ananya Roy:

“Testimony from arrested protesters is chilling. Arrested for violation of curfew in downtown Los Angeles, protesters were crowded into LA County Sheriff’s Department buses and brought to UCLA. As they arrived, they looked out of the small windows on these prison buses only to see Bruins logos and signs greeting them at the Jackie Robinson Stadium.

“Protesters were held on these buses at UCLA for five to six hours, without access to restrooms, food, water, information, or medical attention. Indeed, there was a medical emergency on one of the buses, one that received a response from the fire department several hours later. All protocols of social distancing were violated by the LA County Sheriff’s Department and LAPD with protesters deliberately crowded into buses and officers not following rules and recommendations established by the City, the County, and the CDC, including wearing masks.

“The cruel irony that this took place at a location used as a COVID-19 testing site is not lost on those arrested or on us. When protesters were taken off the buses, they were subject to processing in the parking lot of the stadium and then released, which meant that they were directed to find their way home late at night (between 1:30 a.m. and 3:30 a.m.) from the Jackie Robinson Stadium. Without working cell phones and under conditions of curfew, this was a near impossible task, especially for those unhoused Angelenos who had also been arrested for curfew violation for simply being on the streets of downtown Los Angeles and were now marooned at UCLA.

“In addition, protesters, including UCLA students, were arrested in Westwood, again for violation of curfew. They were brought to Jackie Robinson Stadium on LAPD buses after LAPD tried to commandeer a 720 Metro Bus but failed to maneuver it through the streets. We share these details because if you do not already know them, you must know them now.”

The letter from UCLA faculty members goes on to demand “a full and detailed accounting” of Tuesday night’s incident from UCLA chancellor Gene Block and executive vice chancellor Emily Carter.

NBC noted it was unclear exactly how many people were detained at Jackie Robinson Stadium or for how long.

The stadium, which was dedicated in 1981, also features a bronze statue of Robinson on the concourse level.

ByDominik Szoboszlai and summer target Houssem Aouar are reportedly top of their wishlist. And cashing in on Lacazette now may make perfect sense in order...
Read more