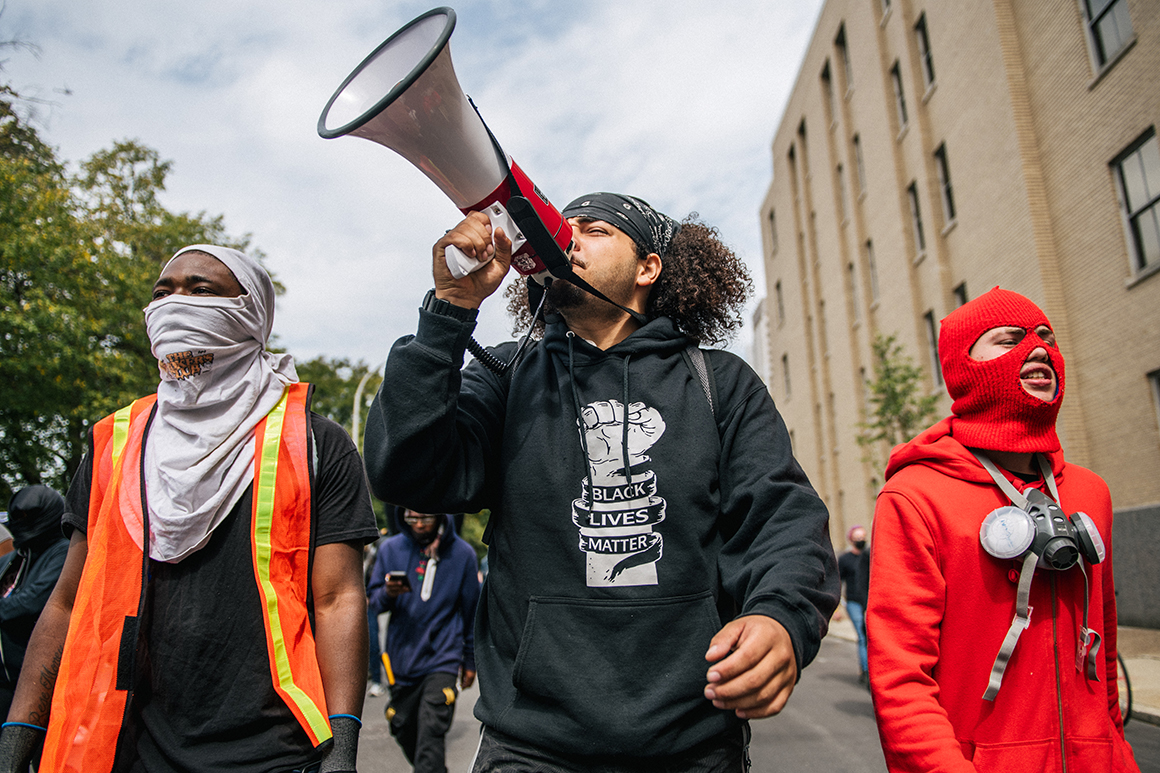 As much as Trump wants to focus on the Supreme Court vacancy, however, it’s not likely to put voters’ concerns about Covid-19 on the back burner as the election draws near. Thirty-five percent of likely voters said the virus was extremely important to their vote, ranking just behind education and the economy as top concerns. Of those who said the coronavirus was a priority, they were more likely to cite the federal government’s competency in handling the outbreak (43 percent) than any other factor, including government decisions about restrictions on schools and businesses (30 percent).

By an 11-point margin, likely voters said they disapproved of the federal government’s management of the virus, though there’s a major partisan split on the issue — and whether the virus, which has killed over 200,000, is a top priority. About three-quarters of Trump voters said they viewed the federal government’s response favorably, while an almost equal number of likely Biden voters disapproved. Forty-six percent of likely Biden voters called Covid-19 extremely important to their vote, more than double the share of likely Trump voters who answered similarly.

The poll also indicates Trump would get virtually no electoral bounce from the approval of a coronavirus vaccine, even as he contradicts scientific experts by frequently suggesting one could be ready by Election Day. Eighty-six percent said Trump’s announcement of a safe and effective coronavirus vaccine wouldn’t affect their vote, while nearly equal amounts said it would make them more likely (7 percent) to vote for Trump or less likely to back him (6 percent).

Trump’s push to reopen schools quickly hasn’t won much support from likely voters. While 63 percent said they strongly or somewhat approved of how their local school systems handled reopening decisions, 45 percent offered a similar opinion of Trump’s performance on the issue. Slightly over half (52 percent) said they strongly or somewhat disapproved of Trump’s approach to school reopenings.

Likely voters who said the economy was a top concern overwhelmingly identified jobs as the most important factor (63 percent), followed by the financial health of businesses (18 percent). The stock market, a frequent talking point of Trump’s, was cited by just 3 percent of likely voters.

The pandemic has overtaken other aspects of health care as a top concern for likely voters, but there’s still anxiety about high costs. Nearly half who identified health care as a top issue said they were most focused on costs, a concern shared nearly equally by Trump and Biden supporters. That’s more than double the number of likely voters who said their top concern was the problems of the nation’s uninsured, whose ranks have grown by millions during the pandemic.

The top priorities of likely voters also varied significantly depending on their preferred presidential candidates. Likely Trump voters said the economy and jobs, foreign and domestic terrorism, and taxes were the most important factors in their vote. Likely Biden voters identified racial discrimination, Covid-19 and police violence as their top issues.

Trump supporters appear less passionate than Biden supporters on the issues. For instance, likely Trump voters’ top issue, economy and the jobs, was cited by 37 percent of supporters. Greater shares of likely Biden voters identified six issues that were at least equally important to their vote, including the economy. The poll indicates that Republicans in this presidential election are voting based on their views of Trump more than anything.

“His voters look like they care more about, ‘I want Trump to have a second term,’ and they’re less passionate about a set of issues,” Blendon said.

The poll surveyed 1,459 likely voters between Aug. 25 and Sept. 6. The margin of error was plus or minus 3 percentage points for the full sample.

ByWith many other health risks, its easy to forget about an issue until it is too late. Many are unaware of the importance of...
Read more
Health