Poll: Biden up 13 points on Trump in Pennsylvania 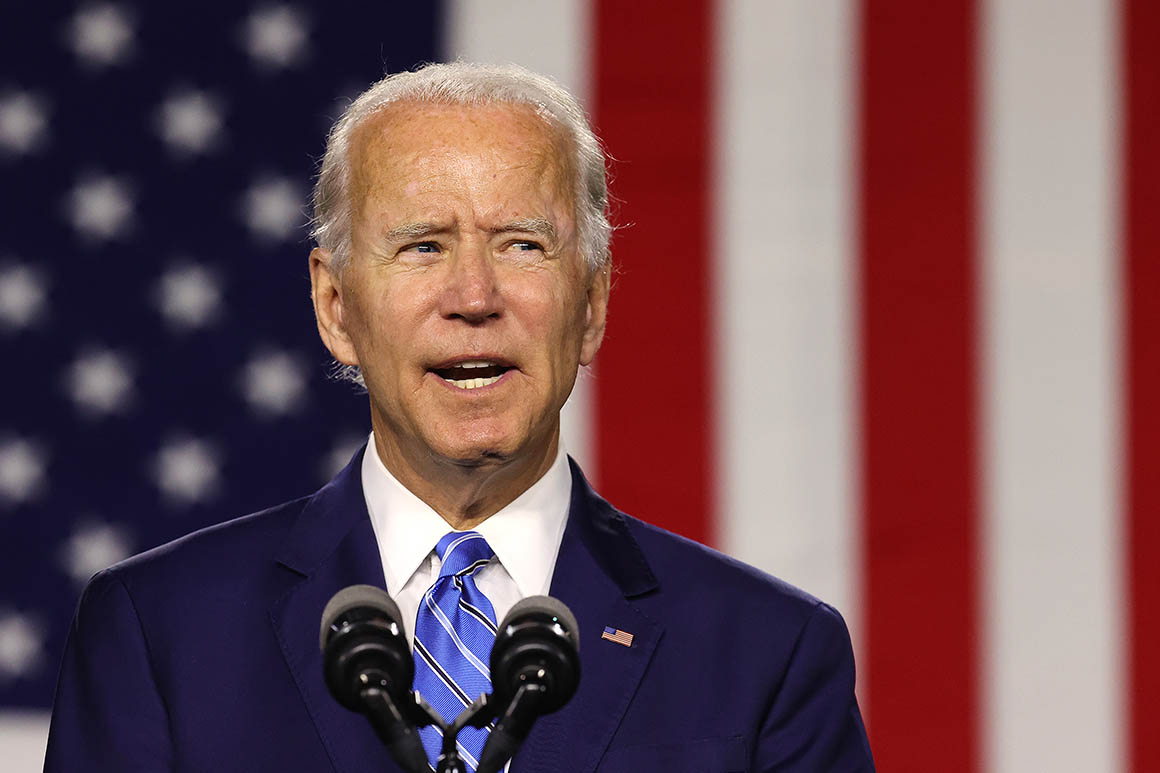 “The only poll that I put stock in is the one that’s going to take place on Nov. 3,” Pence said, noting Trump led in few general election polls during the 2016 election.

Biden, the presumptive Democratic presidential nominee, has played up his local roots as a native of Scranton, Pa., during the campaign and even visited his childhood home last week as he focuses on appearances in the commonwealth. The campaign’s headquarters are based in Philadelphia and Biden has spoken in the Pennsylvania towns of Darby, Dunmore and Lancaster in the past month.

While Trump on Wednesday morning touted disputed Republican approval ratings showing him with 96 percent support in his own party, the Monmouth poll finds Biden enjoys more party support than the president, at least in Pennsylvania.

In counties where either candidate’s winning margin was less than 10 percentage points in 2016, Biden leads Trump by 54 percent to 35 percent.

“Even taking into account any polling error from four years ago, Biden is clearly doing well in swing areas. The Democrat has roots in this region which may be helping him, but there seems to be an overall erosion of support for Trump compared to 2016,” Patrick Murray, director of the Monmouth University Polling Institute, said in a press release.

Biden also outpaces Trump with both respondents under 50 years old (60 percent to 29 percent) and those polled who are 65 and older (52 percent to 42 percent). Trump has the advantage with white voters without a college degree who were surveyed (55 percent to 39 percent), as well as with voters from 50 to 64 years old reached by the poll (56 percent to 43 percent).

As Trump continues to attack the Black Lives Matter movement and stand up for the Confederate flag, Biden leads the incumbent 76 percent to 16 percent among respondets who are Black, Hispanic, Asian or from other racial groups.

The Monmouth University Poll was conducted by phone from July 9 to July 13 among 401 registered Pennsylvania voters. Results from the full survey have a margin of error of plus-or-minus 4.9 percentage points.

The Monmouth results are similar to a New York Times/Siena poll of Pennsylvania from June, which found Biden leading Trump 50 percent to 40 percent among registered voters.