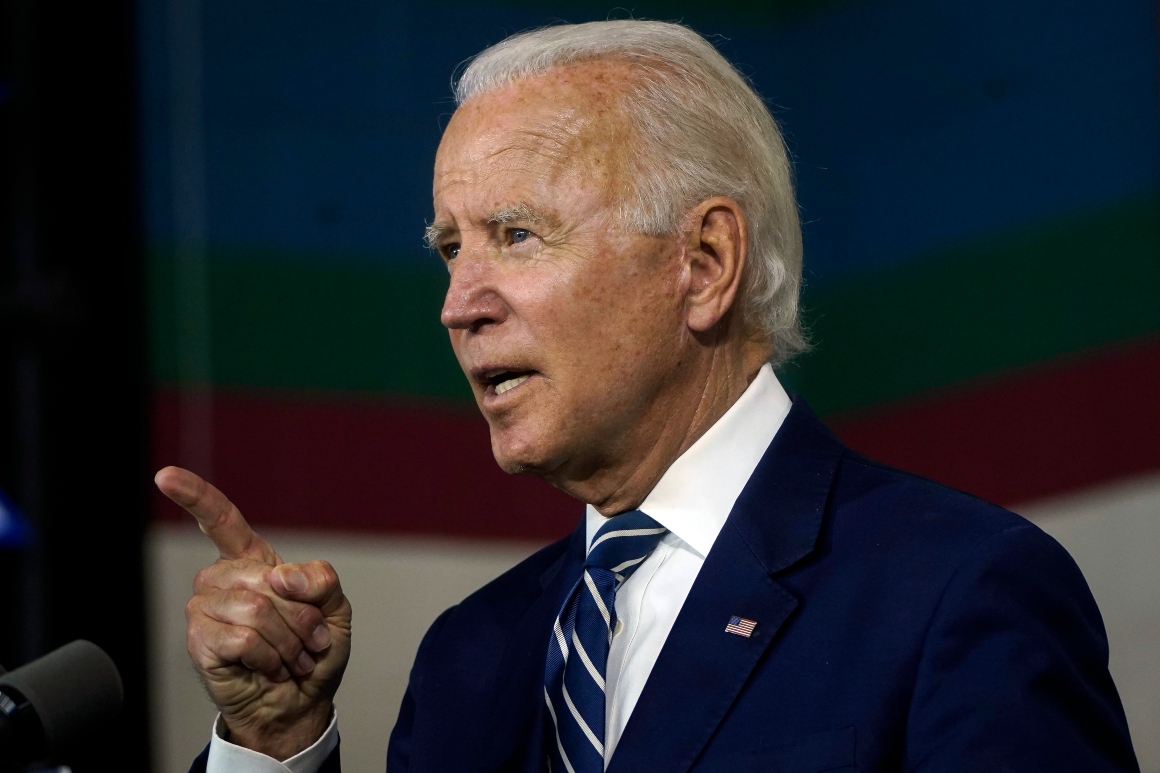 Across all demographics, nearly half of battleground voters who aren’t currently supporting President Donald Trump agree it’s important to pick a Black woman, 27 percentage points higher than those who say it’s important for Biden to pick a white woman.

Commissioned by Higher Heights for America, an organization devoted to increasing the number of Black women in political office, the poll surveyed voters across Florida, Michigan, Nevada, North Carolina, Ohio, Pennsylvania and Wisconsin.

Belcher’s firm polled 802 registered voters 18 and older in battleground states but only asked those who are currently not supporting Trump — undecideds and those inclined to support Biden — about the vice presidential pick. It was conducted July 14-July 19 and had a margin of error of plus or minus 3 percent.

Glynda Carr, president and CEO of Higher Heights, said the data in the poll debunks the message that Biden doesn’t need to pick a Black woman because Black voters already support him.

“Not only are we building blocks to a winning coalition as voters, we continue to show that Black women candidates can build a diverse coalition of voters,” Carr said.

Biden recently said four Black women are being considered in his vetting process but did not name them. California Sen. Kamala Harris, former Georgia gubernatorial candidate Stacey Abrams, Rep. Karen Bass (D-Calif.) and Rep. Val Demings (D-Fla.) are among who have been named as potential candidates for the job. Sen. Elizabeth Warren (D-Mass.) and Michigan Gov. Gretchen Whitmer are also believe to be among those being considered.

In the past, candidates have often chosen someone who they think can help them win a state or geographic area. Historically, those vice-presidential selections have been seen as having little impact on voters’ minds. But Belcher said he thinks “this time is different.”

“If you don’t want to fall into the 2016 trap again, you better be giving these young voters something to vote for,” said Belcher. “This data shows clearly that an African American woman would be something that they could see themselves voting for on this ticket and energize them around this ticket.”

When asked if Biden should pick a vice president who “reflects a new generation of leadership and looks like America” to unify the country, 57 of white women agreed it is important, contrasted with 62 percent of Millennials and Generation Z, 51 percent of minority women, 52 percent of college-educated women and 56 percent of Biden-base voters.

Biden’s opportunity to make history by choosing a Black woman also appeared to drive voters, as a majority of white women and young voters agreed it was important, with a plurality of minority women and college-educated women agreeing.

The poll separately asked about the importance of selecting a Black woman or white woman to be on the ticket — rather than offering them as options in the same question — in an effort to avoid prejudice among respondents.