Porridge movie: Was the movie of Porridge made before the... 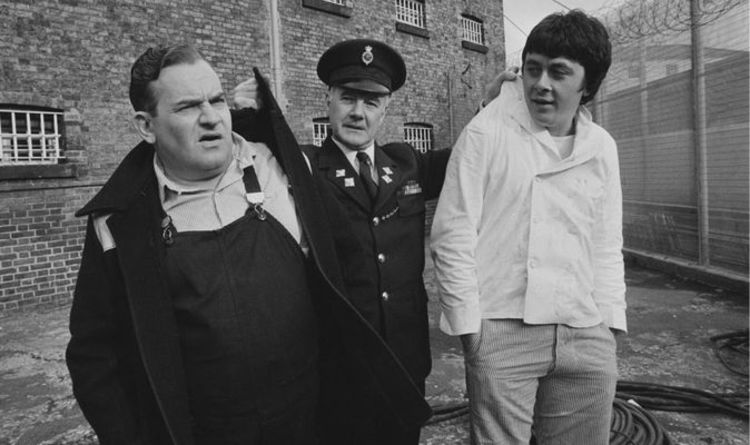 Was the Porridge movie made before the TV series?

The TV series of Porridge began in 1974, starring Ronnie Barker and Richard Beckinsale.

Other than the prisoners, of whom there were many, Fulton Mackay as principal officer Mr MacKay was a huge hit with fans, as well as prison officer Henry Barrowclough and the Governor Geoffrey Venables, played Michael Barrington, and Grout played by Peter Vaughan.

In the movie, however, many of these regular prisoner characters do not appear, such as Lukewarm, Blanco and Harris, and instead the only regulars to remain are Mackay, Barrowclough, Grouty, as well as Fletcher and Godber.

Instead, a whole host of other performers play different roles, with the Governor known as Treadaway, and played by Geoffrey Bayldon.

However, the movie was made after the original series had already been a hit, and was set a year before the final episode of the TV series.

The series, which started in 1974, had finished by 1977, after which a spin-off series, Going Straight, had begun.

The spin-off series featured Barker and Beckinsale working together again, and showing their life on the outside, with Godber dating Barker’s daughter, Ingrid.

The movie was created by the same group who made both series, and there were likely plans for further films and certainly more series of Going Straight.

Sadly, further series of either of these shows or films became untenable after Richard Beckinsale died of a shock heart attack a few weeks after finishing production on the Porridge film.

Instead, a second spin-off “documentary” came out in 2003, which detailed the life of Fletcher, while in 2016 a reboot of the series came out with Kevin Bishop played Nigel Norman Fletcher, the grandson of Barker’s Fletcher.

before, made, movie, porridge, series, star's