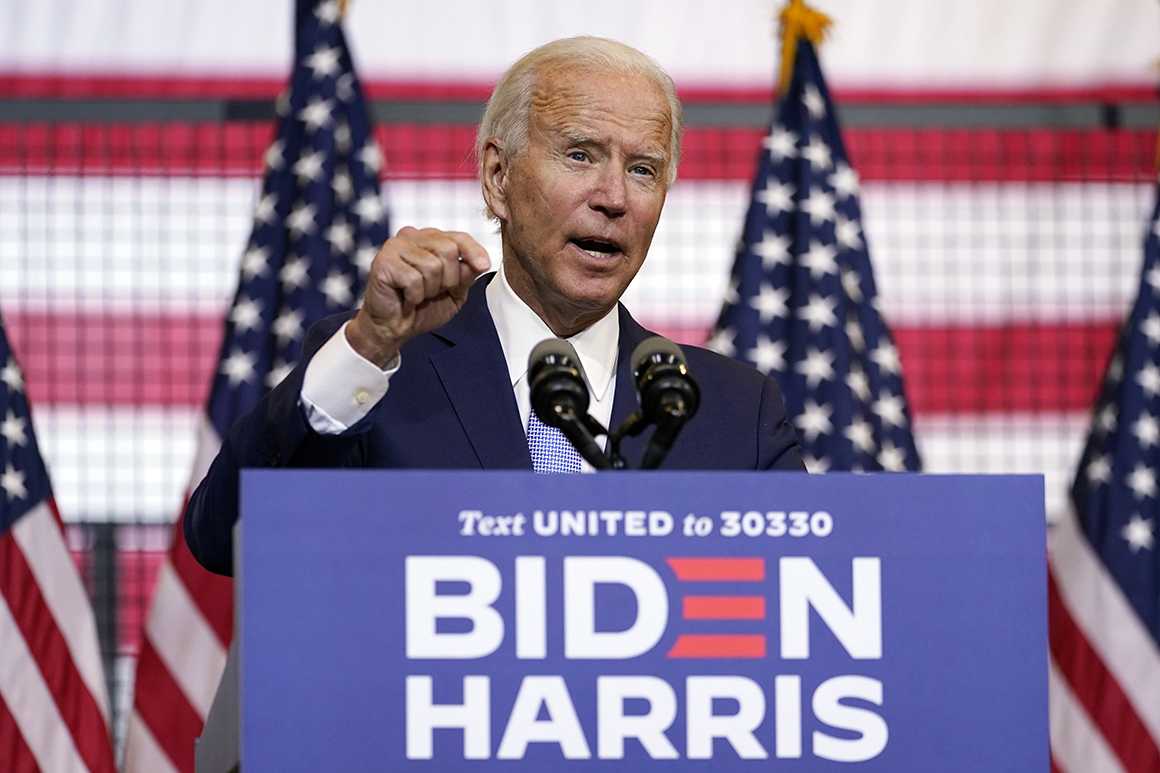 Here are five takeaways from the latest polls:

Wednesday brought four new national polls conducted by live interviewers, and the results were fairly consistent: Biden, hovering around 50 percent, held leads of 7 to 10 percentage points lead in all four surveys, while Trump was mired in the low 40s.

It is not a national election — but even though Trump assembled a coalition in 2016 that allowed him to win the Electoral College without winning the popular vote, Trump still needs to cut his national deficit at least in half over the final two months to have more than a slim chance to win another term.

A convention bounce he could ride into September would’ve helped — but the trend lines are mixed, at best. Trump’s 8-point deficit in the CNN/SSRS poll is greater than the 4-point margin by which he trailed in their preconvention polling. In two other polls, Trump did cut into the margin, though the previous USA Today/Suffolk poll (Biden +12) was in late June, and the most recent Quinnipiac poll, in July (Biden +15), was conducted among registered voters and not directly comparable to the new survey among likely voters.

Some states polls show Trump in the hunt, but Biden has big leads in others

It’s a similar story in the core battleground states most likely to tip the Electoral College majority: Biden leads across the board — but by varying margins — in the new polls out Wednesday.

A Monmouth University poll in Pennsylvania showed a much narrower advantage for Biden — 1 to 3 points depending on the likely voter model used to evaluate the results. It was a result that suggested Trump could again follow his 2016 path to an unlikely victory.

But Biden’s leads in other post-convention state polls were larger.

New Fox News surveys showed the former vice president ahead by 9 points among likely voters in Arizona, 4 points in North Carolina and 8 points in Wisconsin. Trump won all three states in 2016, and flipping them while maintaining all of Hillary Clinton’s 2016 wins would leave Biden needing just one more state to win the White House.

The Arizona result was eye-popping and doesn’t match other public surveys there, which show a closer race. And there is some post-convention polling that is better for Trump: An East Carolina University poll conducted over the past weekend using automated calls to landline phones and an online panel and released on Tuesday, showed the president ahead by 2 points in North Carolina. And a WSB-TV/Landmark Communications poll in Georgia — a burgeoning swing state, but not at the center of the electoral battlefield — showed Trump leading there, 48 percent to 41 percent.

Not much has changed

Poll averages and forecast models are imperfect, but they provide an instructive look at the relative change in the race over time. Right now, the candidates look like they’re running in place.

Biden held a 72 percent chance of victory in FiveThirtyEight’s forecast model on Aug. 17, the date of the start of the Democratic convention. The model pegged Biden’s chances at 70 percent as of Wednesday night.

Meanwhile, Biden led Trump in the national RealClearPolitics average by 7.7 points on Aug. 17. By Wednesday night, the race was only a half-point closer: 7.2 points.

Both aggregate metrics suggest Trump — despite his campaign’s claims of momentum — has done little to narrow the race over the past two weeks and remains the underdog.

Trump’s attempts to shift the conversation toward crime and civil unrest in some of America’s cities were obvious during last year’s convention — and have only intensified in the week since it ended.

But while it brings into focus an issue better for Trump than the coronavirus, it isn’t an automatic political winner. In the CNN/SSRS poll, voters actually chose Biden over Trump to keep Americans safe from harm by a 6-point margin, and preferred Biden by a 7-point margin on handling the criminal-justice system. That matched a similar finding in this week’s POLITICO/Morning Consult poll, in which more respondents thought Biden would do a better job handling “public safety” than Trump.

The state polls put it in starker relief. Coronavirus is a political loser for Trump: He trails Biden on who would better handle the virus by 17 points in Arizona and Wisconsin, and by 9 points in North Carolina.

The recent focus on violence in U.S. cities is better political terrain for Trump, the polls show — but it’s not likely to be rocket fuel for his flagging campaign.

The president trails Biden by 5 points on who would better handle policing and criminal justice in Arizona and Wisconsin, and he leads Biden by just a single point on the issue in North Carolina.

With the conventions in the books, the next (scheduled) possible inflection point in the race is the first debate in Cleveland, which is a little less than four weeks away.

Trump has both applied pressure for additional debates and also lowered expectations for Biden’s performance, suggesting the former vice president is too feeble-minded to meet him on the stage on Sept. 28.

So what do voters expect? The USA Today/Suffolk University poll asked respondents who they think will win the three debates between Trump and Biden: Despite Biden’s overall advantage on the ballot test, 47 percent picked the incumbent to win the debates, and 41 percent chose the challenger.