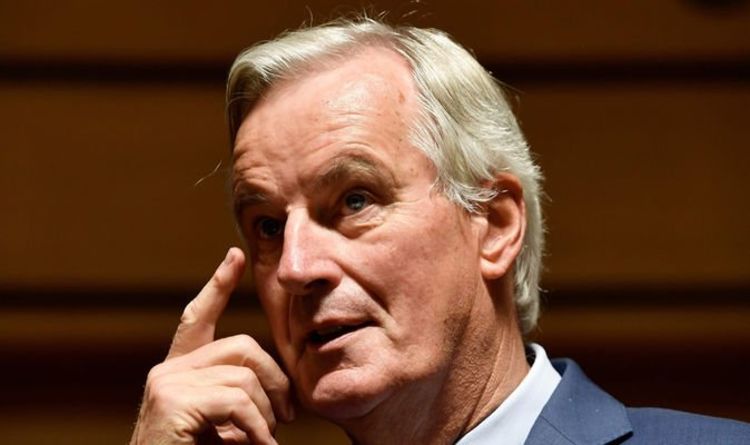 Since the UK and Brussels restarted intense Brexit negotiations last week the pound has surged around 5 percent, but some of these gains were pared today as anonymous EU sources claimed discussions had reached a “standstill”. With a less doom-laden Downing Street saying there was “work still to do” and Irish Taoiseach Leo Varadkar claiming there are “many issues” yet to be resolved before a deal can be reached, GBP investors found themselves mired in mixed signals and uncertainty. Mr Varadkar noted that there were still divisions over the movement of goods between Britain and Ireland and questions over securing political support for new arrangements in Northern Ireland.

Sterling rebounded slightly when the bloc’s chief negotiator, Michel Barnier said he was optimistic about securing a deal ahead of the EU summit on Thursday.

“It looks like a deal is being worked on but everyone who works with the EU knows that these deals happen at the last minute.”

DUP leader, Arlene Foster tweeted: “Discussions continue. [There] needs to be a sensible deal which unionists and nationalists can support.”

Meanwhile, data released earlier this morning revealed that inflation in the Eurozone has declined to its slowest pace in three years, with earlier estimates for September revised down to 0.8 percent.

The slump will raise fresh concerns for the Eurozone’s economic outlook and could reignite a debate between European Central Bank (ECB) policymakers on monetary policy.

Looking ahead, Brexit will remain in the spotlight with any news suggesting a deal has been reached between the UK and EU likely to see Sterling soar.

GBP exchange rates are likely to remain volatile in the interim as traders struggle to make sense of ambiguous UK and EU commentary.