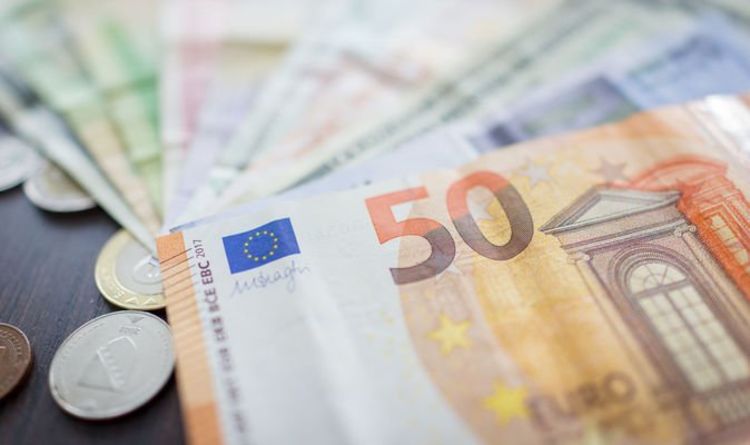 Policymakers Jonathan Haskel and Michael Saunders pushed for rates to be cut to 0.5 per cent due to concerns over the slowing global economy and Brexit potentially harming the British economy.

However, the bank was rosier about global economic developments, saying in its statement: “Global growth has shown tentative signs of stabilising and global financial conditions remain supportive.

“The partial de-escalation of the US-China trade war provides some additional support to the outlook relative to the November Report, although trade tensions remain elevated.”

Sterling remained unmoved against the euro as a result, with the BoE’s Monetary Policy committee becoming increasingly optimistic that the UK economy will improve in 2020.

In other UK economic news, today saw the UK retail sales for November fall unexpectedly to -0.6 percent, a 19-month low as Christmas shoppers held on until after the December general election.

Emma-Lou Montgomery, Associate Director at Fidelity International, commented: “Retailers are in for a nail-biting end to an already difficult year.

“Today’s UK retail sales figures show the affect that Brexit and the December election have had on consumer purse strings. In a climate of uncertainty spending has clearly taken a back seat.”

Meanwhile, the euro failed to gain on the pound today despite yesterday’s stronger-than-expected German business sentiment in December.

Clemens Fuest, the President of IFO, was also upbeat about the Eurozone’s largest economy, saying: “The German economy is heading into the New Year with more confidence”.

However, Euro traders will be looking ahead to the speech by Philip Lane, an Executive Board Member of the European Central Bank (ECB), later on today.

Any dovish commentary about Brexit or global economic uncertainty weakening the Eurozone’s economy, however, would weaken the single currency.

Looking ahead, Brexit developments will continue to drive the GBP/EUR exchange rates into next week, with any signs of a potential no-deal cliff-edge developing between the UK and the EU proving pound-negative.