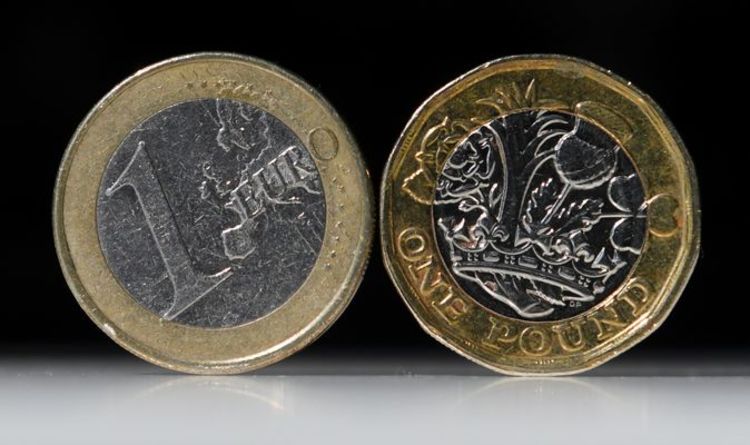 Speaking at a conference in London this morning, Mr Carney suggested the BoE could respond ‘promptly’ if weakness in the UK economy persists for much longer, a strong hint that interest rates could be cut in the near-term. While the BoE forecasts that the UK economy will recover in 2020, the BoE Governor appears left confident. Mr Carney warned: “This rebound is not, of course, assured. The economy has been sluggish, slack has been growing, and inflation is below target. Much hinges on the speed with which domestic confidence returns.

“As is entirely appropriate, there is a debate at the MPC over the relative merits of near term stimulus to reinforce the expected recovery in UK growth and inflation.”

Two members of the BoE’s monetary policy committee (MPC) have voted for an immediate rate cut in the bank’s previous two policy meetings, with analysts forecasting the bank could target a cut in May.

At the same time the euro is strengthening today in response to Germany’s latest industrial data.

According to data published by Germany’s statistics agency, Destatis, industrial production rebounded from -1 per cent to 1.1 per cent in November, outstripping expectations for a more modest rise of 0.7 per cent.

The rise in industrial output is in sharp contrast with Germany’s factory orders figures, which were reported to have contracted 1.3 per cent over the same period.

EUR investors are hopeful this will be enough to prevent Germany’s economy from contracting at the end of 2019.

Carsten Brzeski, chief economist at ING, comments: “All in all, consumption and construction should have kept the entire economy out of recession territory once again in the fourth quarter but the former growth engine, manufacturing, is still stuttering.”

Looking ahead, in the absence of any notable economic data, the main catalyst of movement in the GBP/EUR exchange rate at the end of the week is likely to be Brexit.

Boris Johnson’s EU withdrawal bill is expected to pass through parliament on Friday, paving the way for the UK to leave at the end of February.

While GBP investors will welcome the short-term clarity the bill will bring, any upside in the pound is likely to be limited given the threat of a no-deal Brexit at the end of 2020.