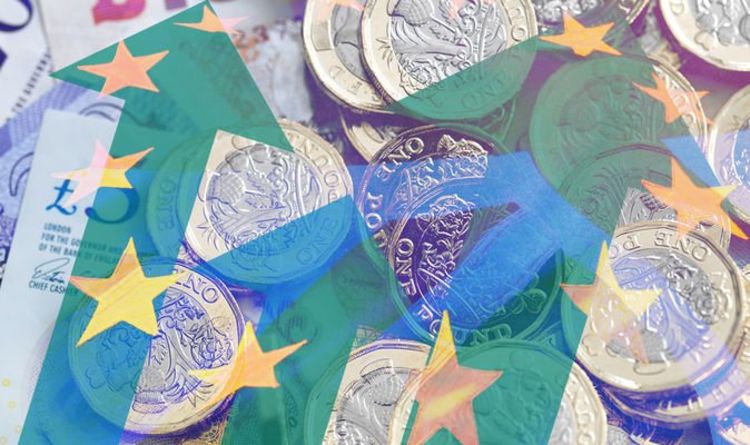 UK Prime Minister Boris Johnson and EU Commission President Jean-Claude Juncker have today confirmed a Brexit deal has been agreed between UK and EU negotiators. At the time of writing, the GBP/USD exchange rate is 1.2884 while the pound to euro exchange rate is 1.1571, according to Bloomberg. Mr Johnson tweeted: “We’ve got a great new deal that takes back control.” Meanwhile, Mr Juncker wrote: “Where there is a will, there is a #deal – we have one! It’s a fair and balanced agreement for the EU and the UK and it is testament to our commitment to find solutions. I recommend that #EUCO endorses this deal.”

Michael Brown, Senior Analyst at Caxton commented: “Sterling has gained over one per cent this morning on news that the UK and EU have reached a deal on Brexit.

“However, some of the wind has been taken out of the pound’s sails after reports that the DUP are not yet onboard to back a deal. Therefore, the Parliamentary arithmetic for passing a deal looks challenging.

“Attention will continue to focus on whether the new agreement will pass in the Commons on Saturday, while sterling traders will continue to pay close attention to developing headlines from this afternoon’s EU summit.”

Nigel Green, the CEO and founder of deVere Group, said: “The pound has soared above $ 1.29 for the first time since May on reports that a Brexit deal has been reached and UK stocks are boosted in a relief rally.

“However, the rally is currently being tempered as it needs to get through the UK and EU parliaments.

“There does seem to be some question marks remaining over the DUP’s support, which is, of course, critical to getting the deal through the House of Commons.

“That said, there does seem to be a growing sense of optimism that it can get approved.”

He continued: “If this deal is ratified, we can expect the pound to jump sharply. It is likely to hit at least $ 1.35 as the prospect of a no-deal, and/or months of further uncertainty ends.

“Sentiment towards UK stocks will also rally, particularly given the attractive valuations of many UK companies.

“However a strong pound may dilute the impact on exporters, as their earnings in dollars and euros, amongst others, will become less valuable in sterling terms.”

The deVere CEO concluded: “There is potential for a significant relief rally for the pound and UK financial assets if this new Brexit deal is approved.

“However, even if it is passed, this is really just the beginning – not the end.

“As such, investors need to protect themselves from market uncertainty and also best-position themselves for the inevitable opportunities through exposure to a broad range of assets, currencies and geographic regions.”

“The initial surge in the pound on the news has been capped by rumours that the DUP still have concerns over VAT arrangements which has put a bit of a dampener on the pounds run higher for now. A nod from the DUP if these concerns are satisfied should see a further push over 1.30.

“We will then look to the overall arithmetic of UK lawmakers on getting the deal through. If positive we expect to see the pound push another leg higher and target 1.35 in the near term. If it fails like snakes and ladders it will be a sharp move lower back towards 1.22.”