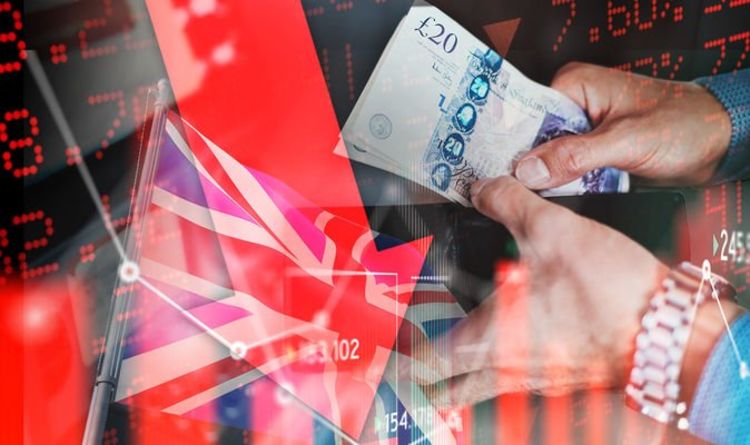 “Today, given the quiet data calendar, attention will remain on the latest coronavirus headlines.”

The euro appears to be holding a slightly higher position in comparison with the GBP as at the result of an economic “rescue package”.

“Second-quarter GDP data from across Europe will be released over Thursday and Friday. Big slumps are expected in France, Spain, Italy and Germany as well as the Eurozone as a whole. Nevertheless, the Euro may remain strong given the historic EU rescue package agreed last week.

George Vessey, an expert from Western Union, said: “Second-quarter GDP data from across Europe will be released over Thursday and Friday. Big slumps are expected in France, Spain, Italy and Germany as well as the Eurozone as a whole.

Despite the economic uncertainty across the UK and Europe, many Britons may be gearing up to head on holidays to some parts of Europe.

The Government gave the green light to a number of countries around the world, with the majority in Europe.

However, in recent days sudden amendments have meant Britons with holiday plans to Spain, the Canary and Balearic Islands may now face cancelled plans following the Foreign and Commonwealth Office’s (FCO) decision to reimpose a strict travel ban on the region.

For those who continue to travel on planned holidays, keeping an eye on on going developments both to travel regulations and the exchange rate is key.

With so much change in the world right now, it’s hard to predict when exchange rates will be at their best,” said Karen Gee, business development director for foreign currency provider Spendology told Express.co.uk.

“There’s unprecedented volatility in the markets.

While Britons can use credit cards while abroad, Ms Gee suggests sticking to traditional cash if you have a budget.

“Currency is a great way to control your holiday spending so rather than paying by card, use currency to stick to a budget,” advised Gee.

She also added a warning: “Be accurate when working out the price of something converted into British pounds.

“Assumptions and rounding can be catastrophic to your budget.”