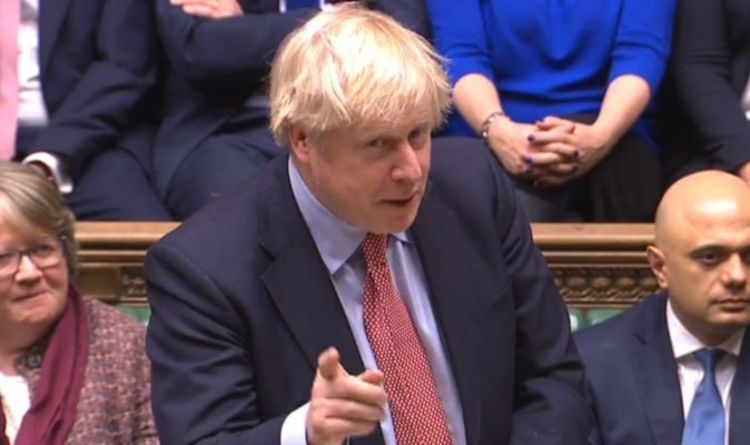 The British currency suffered losses on Tuesday after reports revealed Prime Minister Boris Johnson is seeking a hard line on the transition period after the Brexit deadline on 31st January. The Prime Minister’s Withdrawal Agreement Bill will need the UK to complete all arrangements to leave the EU by the end of 2020. The pound slumped against the US dollar as this removed all hope that Mr Johnson would adopt a more flexible approach to the deadline for a the UK to agree a trade deal with the European Union.

With the country on course to secure a trade deal with the bloc in just 11 months, in a new clause the Prime Minister is set to make any extensions to the transition period illegal.

This would then mean the UK could crash out of the bloc with a no-deal Brexit if an agreement is not reached with Brussels.

Commenting on this, Société Générale’s foreign exchange analyst, Kit Juckes stated: “The news that UK PM Johnson plans to rule out (legally) any extension to the transition period after the UK leaves the EU has given Sterling a kicking this morning.

“Those who thought that a big majority would free the PM to take a patient approach to negotiate the best possible deal, have been caught by surprise. And that’s most UK economists and strategists. Ho hum.”

Looking ahead, Sterling is likely to remain under pressure ahead of Thursday’s Bank of England (BoE) interest rate decision.

If the bank continues to focus on the risks further Brexit uncertainty will place on the economy, the pound dollar exchange rate will fall further over the course of the week.

Meanwhile, the dollar edged higher against the pound thanks to an increase in US-China trade optimism.

At the start of the week, it was confirmed by White House adviser Larry Kudlow that a “phase one” trade deal was “absolutely completed”

However, officials from Beijing have remained cautious and it has been emphasised that tensions have not been completely settled.

Commenting on this, chief economic adviser at Allianz, Mohamed A. El-Erian noted: “The deal is too narrow to reverse deep and growing bipartisan support in the US for a tough stance against China, not just for economic purposes but also on grounds of national security and human rights.

“[…] neither President Donald Trump nor President Xi Jinping seem keen to explicitly put their signatures to the agreement, leaving trade officials to sign.”