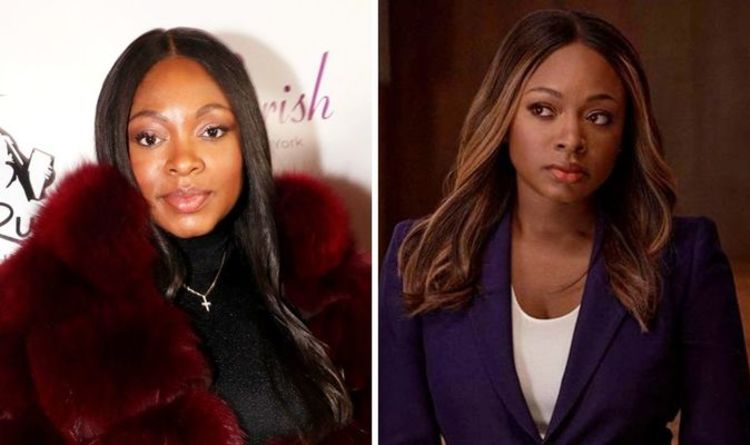 Tasha St. Patrick took the fall for her husband’s murder in the final season of Power. As the phenomenal Starz series continues with the new spin-off, Book II: Ghost, some exclusive comments with Express.co.uk from the series regular may have spelled out her ultimate fate.

Some intriguing insight from Power star Naturi Naughton may have given some idea of where Tasha St. Patrick will end up in the latest instalment of Power.

Fans are still waiting for the second half of Power’s first of five follow-up series to continue in December.

When Power Book II: Ghost finally returns on Sunday, December 6, Tariq St. Patrick (played by Michael Rainey Jr.) will have a lot to answer for.

Despite his mother taking the wrap, Tariq finally broke down and apologised to his father’s grave after shooting James ‘Ghost’ St. Patrick (Omari Hardwick) in Power’s sixth season.

Now, Saxe and Davis Maclean (Method Man) have indisputable, albeit illegally obtained, testimonial from Tariq himself which could land him behind bars.

Meanwhile, Tasha is still serving a sentence for a crime she didn’t commit and struggling to adapt to her new life in the cells.

Speaking exclusively to Express.co.uk, Naturi Naughton summed up Tasha’s situation at the start of the new series.

Naughton teased: “You know, we’ve done season one, but there’s still so many directions we can go as Ghost continues.”

However, while Tariq felt he was doing right by his family in killing Ghost, the St. Patricks may still need to atone for their crimes as the series heads into unknown territory.

Although Naughton couldn’t reveal any spoilers, her thoughts on Tasha’s fate were still ominous as she hinted towards some upcoming deaths.

She continued: “I’m just, hey, grateful that she’s lived thus far! She didn’t get killed yet, because everyone dies.”

Power has already taken the lives of several pivotal characters, including Tasha’s own lover and chance of happiness away from her adulterous husband, Terry Silver (Thomas Ian Griffith).