Power season 6 ending explained: What happened at the end of Power? 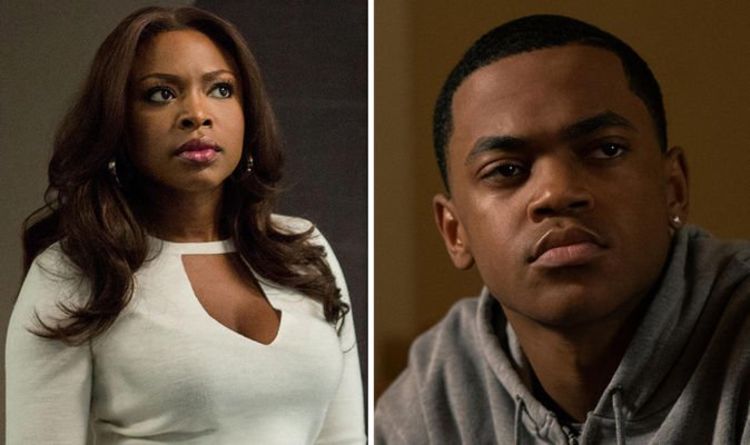 What happened at the end of Power season 6?

After five episodes, viewers finally found out who shot Ghost.

After fans were left guessing for weeks who was the one to pull the trigger, it turns out it had been Ghost’s son Tariq all along.

The beginning of the finale was a flashback and it looked like Tasha had been the one to pull the trigger.

The episode then jumped back to a moment in episode 11, titled Exactly How We Planned, where Dre handed Tariq a gun in exchange for information about his father.

Fingers once again were pointing at Tasha, after it was revealed Ghost had plans to take parental custody of Tariq and baby Yaz after he learned of Tasha’s drug dealing on the side.

Tasha then went searching for dirt on Ghost, when she learned Dre was going to turn his own son into the police in relation to Ray Ray’s (Marcus Callender) murder, who was killed back in season four.

Ghost approached Tariq and attempted to persuade him to confess to Ray Ray’s murder, promising things would be okay as he would have considerable political power as lieutenant governor.

Enraged that his father had lied to him all of this time, Tariq turned against his father.

All this time, Tariq has never lost sight of the gun that Dre game him and when he learnt of his dad’s intentions, there was only one option – to kill Ghost.

Tariq planned the killing with Tasha, and they arranged for a hitman to carry out the killing.

However, Tariq took matters into his own hands and pulled the trigger himself.

Tariq and Tasha managed to frame Dre and Saxe (Shane Johnson) for Ghost’s death but when Tasha found out Dre was dead, she had to find someone else to frame.

Unfortunately, her lover Quinton became one of the accused and was arrested during the night whilst he slept with Tasha.

However, Tasha finally got what she deserved and her plans to frame someone else for the killing fell apart.