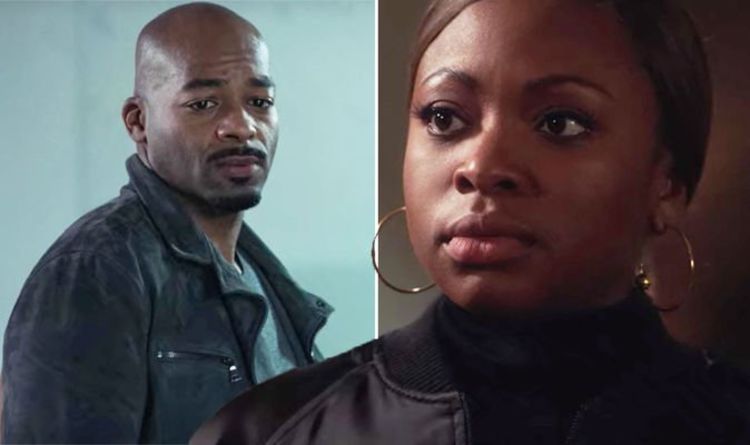 Terry Silver (played by Brandon Victor Dixon) met a grisly end at the hands of James ‘Ghost’ St Patrick (Omari Hardwick) in the Power season five finale. Following his affair with Tasha St Patrick (Naturi Naughton), Terry was brutally murdered by Ghost and his body was left to rot in the back of his car in the airport car park where he had just moments earlier seduced Tasha. However, the fact Tasha appeared to miraculously reveal she knew where his body was later in season six has exposed a major plot hole – and Starz viewers aren’t happy.

The mystery surrounding Terry’s body was well established in the season six premiere of Power.

Tasha arrived at Truth to meet with Ghost where he reveals that Tommy Egan (Joseph Sikora) had just shot and killed Angela Valdes (Lela Loren).

When Ghost pleaded for Tasha’s help after just seeing “the women he loves” die in front of him, Tasha hit back: “Where the f*** is Terry Silver, the man that I loved?”

Ghost acted oblivious, but as the final season progressed, Tasha’s suspicions continued to grow and were eventually confirmed.

However, despite knowing the very bare details about her lover’s murder, Tasha seemed to provide plenty of information to Saxe (Shane Johnson) and Blanca (Monique Gabriela Curnen) in order to capture Ghost.

In episode nine of season six, Saxe and Blanca are trying to pin Lakeisha’s (La La Anthony) death on Ghost, but Tasha has other ideas.

She tells the duo: “James didn’t kill Lakeisha but he did kill Terry Silver.

When asked if she was a witness and how certain she was, Tasha retorted: “I believe he did it. I just don’t have the proof.”

Saxe then asked Tasha where the body could be and Tasha explained: “I can’t say for certain,

“I honestly don’t even wanna think about it. But, I don’t know, well I suspect that if you go to the old decommissioned parking structure t terminal one of LaGuardia airport, level five, you’ll find him.

“I mean, there’s no traffic, no security there. If I was James and I have a body in a vehicle, I’d go there.”

All of sudden, not only does Tasha know her lawyer boyfriend has been killed but she’s suddenly aware of where Ghost has left the body.