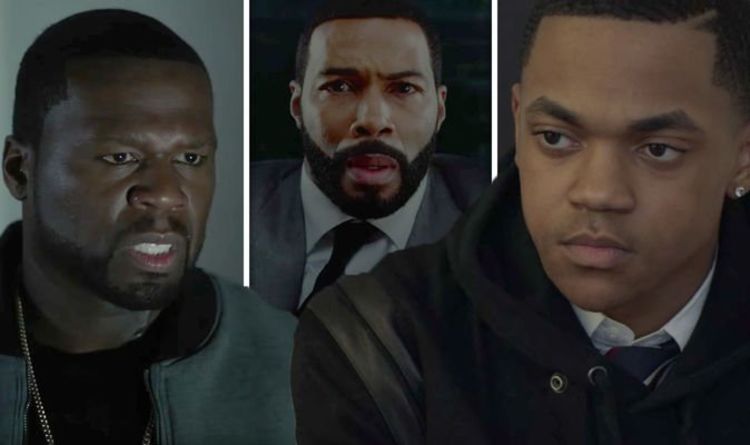 Over the course of the past three seasons, Tariq (played by Michael Rainey Jr) has grown distant from his father Ghost (Omari Hardwick) as he learned more about his drugs business and the lies he told his children. Tariq also grew closer to his father’s enemy, Kanan (Curtis ’50 Cent’ Jackson). Could the reason why Tariq wants to be like Kanan instead of Ghost is because he’s actually the former’s son? Here are the big clues which suggest they’re related you missed.

First of all, Kanan killed his son Shawn in season two in cold blood.

Shawn had been growing closer to Ghost and his family, which Kanan didn’t like.

In fact, Shawn had kind of become a son to Ghost and had fallen head over heels for his wife Tasha St Patrick (Naturi Naughton).

This is important, because it wasn’t until Shawn mentioned he was leaving New York with “Tasha and the kids,” that Kanan.

Jukebox also hinted Tariq was Kanan’s son when they tested how loyal he was during a drug run.

The dirty cop picked Tariq up when he was set-up selling drugs and the teen refused to reveal where he’d got his supply from.

After, Jukebox told Kanan: “Your boy held tough.” Is there a reason she referred to Tariq as his boy?

Karan and Jukebox were pretty close so it wouldn’t be too surprising if he’d revealed Tariq was actually his.

The final clue was dropped during a conversation between Tasha and Kanan in season two.

After getting out of prison, Kanan dropped off some presents for Tariq and his twin sister Raina.

As he gave them to Tasha, he told her: “I used to think about you sometimes when I was inside.

“If you ever need anything, anything you aren’t getting from Ghost, you know you can ask me.”

The remark left Tasha squirming and trying to get away from Kanan – is it because she realised the twins are his?

If Tasha knew Kanan was the father of her kids, it may also explain why she was so eager to help Ghost set him up.

Once he was released and getting closer to Tariq, she had no issue with suggesting they kill him to get him out of the way.

If Tariq learned Ghost wasn’t his father in season six but Kanan was, it’s likely he’d want to exact revenge.