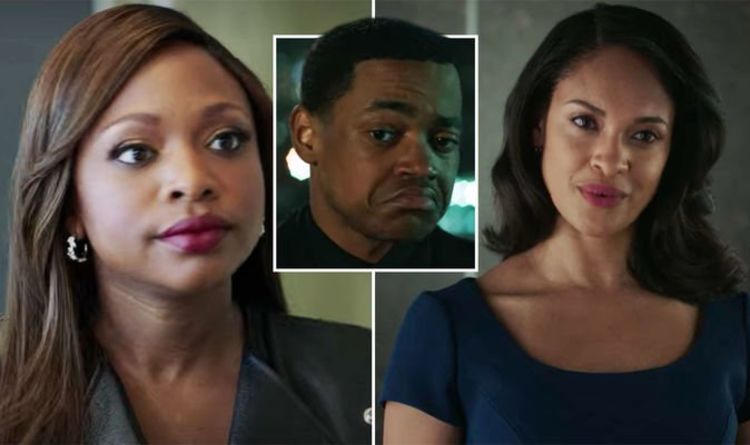 The final season of Power is almost over and fans are still no closer to finding out who shot James ‘Ghost’ St Patrick (played by Omari Hardwick). While a handful of Power ‘leaks’ appear to show the shooter, showrunner Courtney Kemp confirmed ahead of the midseason finale on Starz that several endings had been filmed to avoid such scenarios – so it’s anyone’s guess who the true gunman is. Nevertheless, a theory suggesting Ramona Garrity (Cynthia Addai-Robinson) could die as well has gained plenty of backing.

Ahead of episode 14, which is coming to Starz and Netflix UK this weekend, there are only four suspects remaining in the case of who shot Ghost.

However, Power fans around the world are convinced the shooter must be someone close to Ghost following his pleas for Tommy (Joseph Sikora) to “let them go” in his final words.

Therefore, either Tasha or Tariq, or maybe even both, have emerged as the two responsible for the kingpin’s death.

Several other fans addressing the ‘leaks’ also suggest Ramona will find herself on the wrong end of a bullet, courtesy of Tasha.

If Tariq is ultimately revealed as the killer, it would be likely Tasha would do what she could to protect him.

And if that means killing Ramona, Tasha has already proved this season she has no problems pulling the trigger.