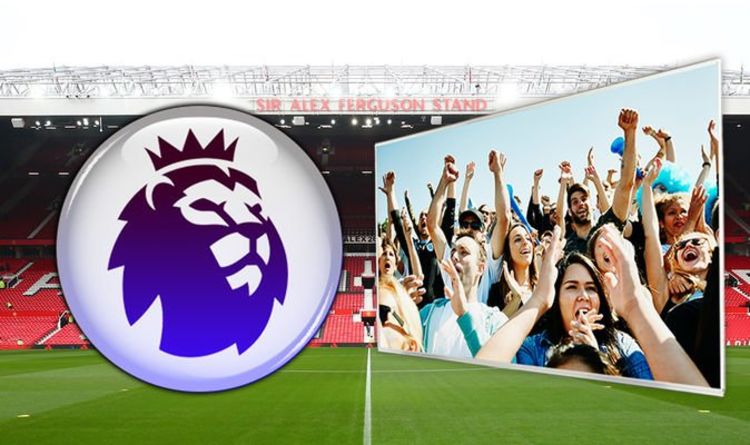 Some grounds, like the London Stadium but also Tottenham’s new stadium and at Arsenal, Manchester City and United, also have LED ‘ribbons’ around the grounds, or screens on which fans faces could be shown.

Cardboard cut out fans, which have been used in Germany in the Bundesliga, a scheme begun by the fans of Borussia Moenchengladbach but now in use across several clubs with the league now into its third week of action, are being considered by some Premier League clubs, but others are less keen.

But fans faces could be shown digitally in prominent positions at certain grounds – which the Premier League believe might help bring some atmosphere to games behind closed doors.

A Premier League spokesman said: “We are currently looking at several methods of engaging with fans at games which are behind closed doors.”

Many companies have been using Zoom to hold meetings during the COVID-19 pandemic, and people have been holding remote parties, quizzes and drinking sessions via the internet platform.

The Zoom video platform alone allows up to one thousand simultaneous connections but there are other systems being considered.

Fans though would not be allowed to watch matches via Zoom or any other platform, as that would contravene broadcasting rules.

A lot has been made of Premier League action returning, with Crystal Palace star Andros Townsend saying players need to be more trustworthy if contact training is to be introduced.

Any rebels, the Crystal Palace winger said, will be letting down their team-mates.

Over the weekend, one Bournemouth player and one other unnamed top-flight participant tested positive in the second round of tests taken by 996 people in all.

Two members of the Hull City camp were were also positive in the EFL’s first batch of tests on 1,014 Championship players and staff.

All will now self-isolate for seven days and Townsend believes that the biggest threat to football not restarting by the end of June are those who refuse to stick to the guidelines.

ByLampard acknowledged that it was unlikely Cech would play this season - but said the keeper would be ready if called upon in the...
Read more