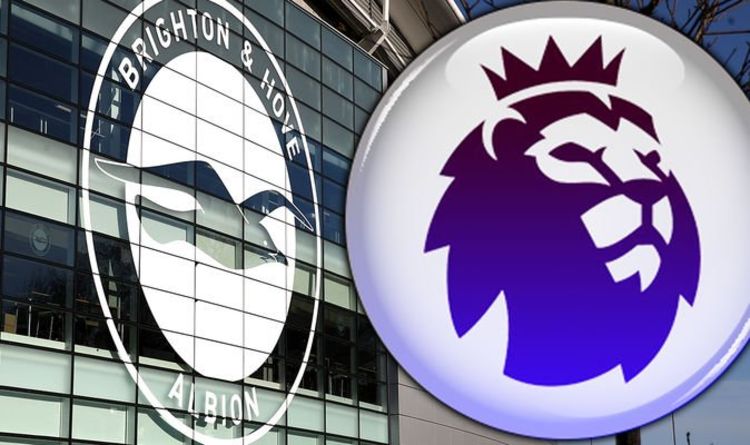 The Premier League’s Project Restart has suffered a huge blow as Brighton have confirmed that a third player has tested positive for coronavirus.

“Unfortunately we’ve had a third player test positive yesterday (Saturday, May 9), so despite all of the measures that we’ve been taking over the past few weeks, where the players haven’t been involved in any significant training at all, we’ve still suffered another player testing positive for the virus.

“So there are concerns and I think it’s normal for all clubs to have those concerns.

“We want to make sure we do everything that we can to ensure those protocols are in place and are safe and secure and mitigate the risk as far as we can.”

Prime Minister Boris Johnson is set to relax the UK’s coronavirus lockdown regulations during tonight’s address to the nation.

His words are expected to trigger phase one of the Premier League’s Project Restart – the name of the plan to get top division football back underway.

A video call is scheduled to take place tomorrow between league chiefs and the clubs to discuss how players can return to training later this month with a view to matches resuming in June.

But Brighton’s latest positive COVID-19 test will only intensify the doubts which are increasing amongst players and staff.

Several Premier League clubs are against the idea of having to resume the season in the midst of a global pandemic.

They want the campaign ended prematurely like has happened in France, Belgium and Holland.

There is a huge sticky point in talks between clubs as the Premier League wants the season to resume in neural stadia.

But Watford chairman Scott Duxbury is completely against that idea.

He said: “When at least six clubs — and I suspect more — are concerned about the clear downside and the devastating effects of playing in this kind of distorted nine-game mini-league, then I believe the Premier League has a duty of care to address those concerns.

“If we start and finish a whole season under these conditions and at neutral venues when everybody knows the rules when we start, not created in a time of crisis, then that is clearly fair.

“To be asked to finish a quarter of the season under new rules and conditions is an entirely different proposition.

“How can the long-term future of clubs be determined under these fundamentally changed conditions? How is there any semblance of fairness? To wave aside all the fears and concerns is too simplistic.

“Surely all 20 clubs must agree the fairest way forward to complete the season?”