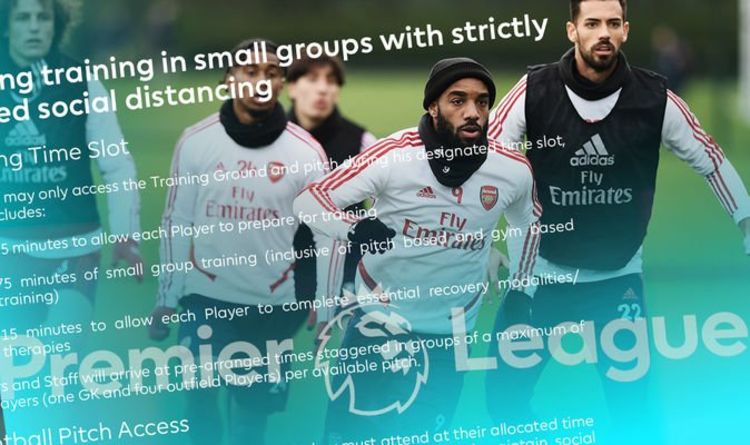 It adds: “No Club shall permit or facilitate group training at its Training Ground before the date on which such activity is permitted by the Government (‘Training Return Date’).

“Any such group training after the Training Return Date must be strictly in accordance with these Rules.”

The plans are however entirely dependent on how the UK continues to deal with COVID-19, with the country’s death toll the second highest in Europe, only behind Italy.

The death rate must first reduce significantly, alongside the infection rate, while there must be a huge increase in testing up and down the nation in the coming weeks.

The league will then be able to play out the final nine rounds of fixtures over the summer months.

The remainder of the 2019-20 Premier League season this week came under fresh doubt after France’s Ligue 1 announced their campaign had been cancelled.

All teams sports in the country have been banned, even behind closed doors, until September, as confirmed by prime minister Edouard Philippe on Tuesday.

The LFP – French football’s governing body – will meet next week to discuss the ramifications and whether or not they will give Paris Saint-Germain the Ligue 1 title and keep promotions and relegations.