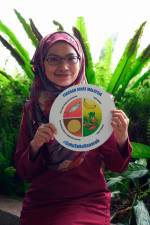 BEFORE getting pregnant, a woman should ask herself: “Is my body ready for pregnancy?” Married couples who want to have a bundle of joy may ponder over finances, but they do not consider the health of the woman who will be carrying the child.

“To ensure a healthy future generation, we need to make sure a woman is healthy first,” said Ministry of Health Nutrition Division senior assistant director Nurul Zaiza Zainuddin. “In Malaysia, it is the norm that women don’t plan to get pregnant. We just get pregnant (suddenly).”

Her advice is that a woman should prepare her body for pregnancy in stages. “We need to get our body ready by eating the right food, have sufficient micronutrients in our body and a balance of food, everyday.”

She said micronutrients are important for every woman, especially during critical phases in life such as puberty, menopause and old age, and daily eating habits affect weight, work productivity, fitness levels, energy and focus, especially at the workplace.

Micronutrients such as iron, calcium, folate, vitamin D and iodine are needed by all women, particularly before pregnancy.

Nurul Zaiza added: “To make sure the baby is healthy in the womb, a woman needs to be healthy first, by practising healthy eating, before they get pregnant.”

She encouraged eating more nutrient-rich food such as vegetables, fruits and legumes, which contain micronutrients.

“Pregnant women should start eating folate-rich food (or start taking folic acid supplements) at least three months before they plan to get pregnant,” she said.

A micronutrient deficiency will affect a woman’s health as she will experience fatigue, have less energy and be unable to focus, while a lack of the micronutrients in a pregnant woman will affect the baby’s health, cognitive development and growth, in general.

Iron is also an important micronutrient for women, especially for pregnant women, to prevent anaemia.

She said all women should know their hemoglobin levels to detect anaemia. The National Health Morbidity Survey in 2015 showed that 34.7% of women in Malaysia are anaemic.

At the talk, Nurul Zaiza urged all women to cultivate a healthy eating habit by adopting the Malaysian healthy plate guideline ‘Quarter, Quarter and Half plate’, or ‘Suku, Suku, Separuh’ (a nationwide campaign by the Ministry of Health) for every meal.

She advised women to make sure their plate is filled with a quarter of proteins including meats such as fish, chicken or beef, a quarter of carbohydrates such as rice and noodles, and that half of it comprises fruits and vegetables.

She also encouraged women to take charge of their bodies by practising a healthy lifestyle, achieving the ideal weight for their height, finding out their health status such as weight and Body Mass Index (BMI), knowing their haemoglobin, blood pressure and blood sugar levels, and sharing knowledge on healthy eating among family and friends.

“Women have to empower themselves, and take care of themselves before taking care of others,” she said.

During the talk, Nurul Zaiza said she has observed a growing trend among urban residents to drink coffee and tea daily.

“It is quite a cause of concern for me. Coffee in high doses will disturb the absorption of micronutrients, especially iron,” she cautioned.

In her opinion, women need to reduce their intake of coffee, tea and sugary drinks, and should instead drink more plain water.

Nurul Zaiza with the Quarter, Quarter and Half plate eating guideline. – NORMAN HIU/THESUN