Prime of their lives: Downing Street in sickness and in health 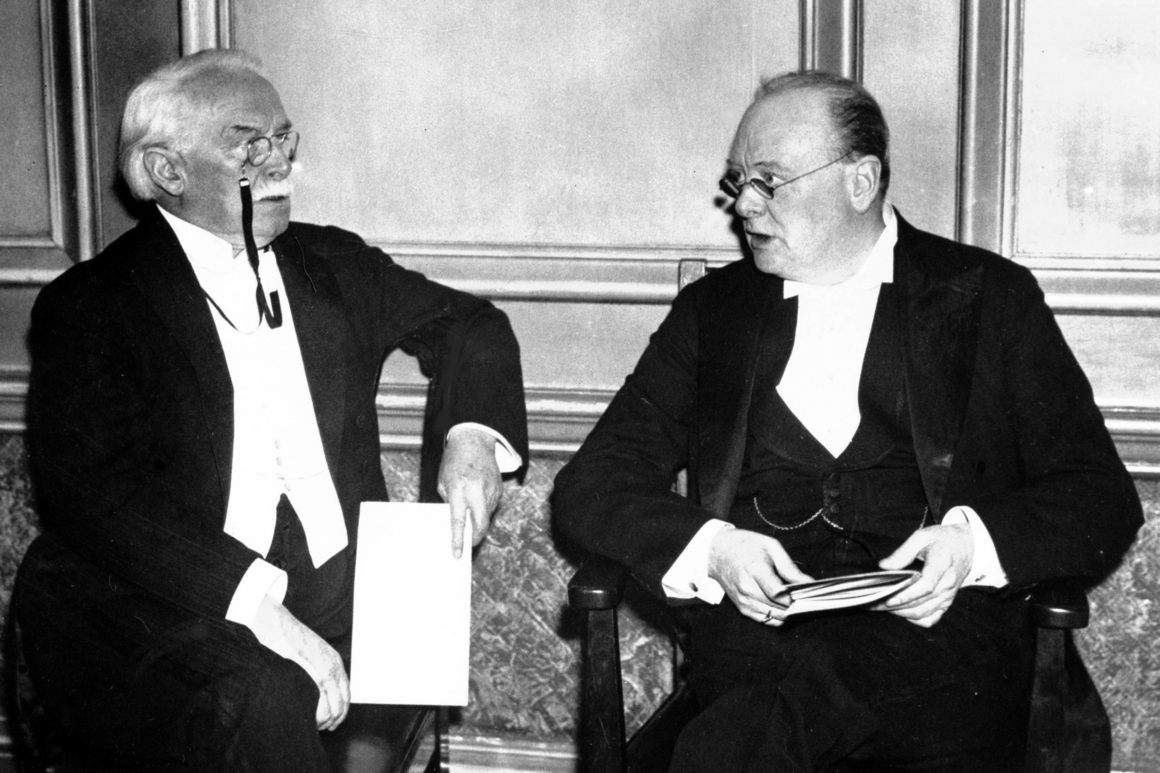 LONDON — In 1916, as Britain was in the throes of a national crisis, the populist, affable David Lloyd George took office determined to get the Great War done.

The new prime minister had a colorful private life. Despite being married to Margaret, his wife of 28 years, he was carrying on a relationship with his private secretary, Frances Stevenson. Frances was 27 years younger than her employer and pregnant with his child.

The most obvious parallels with the current prime minister temporarily end there.

Over the course of the next two years, Lloyd George was to demonstrate remarkable leadership. There were failures, setbacks and military catastrophes, but there were also victories at home and abroad.

He played a key role in breaking the stalemate of the Western Front and in uniting Allied forces under the command of one man, Marshal Foch. He also instigated the convoy system and introduced rationing, thus saving the nation from being starved into submission by German U-boats.

By August 1918, the tide of the war had turned. Great Britain, her allies and her empire were through the worst of it and as victory beckoned, Lloyd George was riding a wave of public adulation.

In September 1918, the prime minister traveled by train to his birthplace of Manchester to be presented with the keys to the city. As he progressed to Albert Square, thousands turned out to cheer him and soon he was meeting local dignitaries and posing for the press. But as the day went on, he began to feel unwell and at some point in the late afternoon, he collapsed.

The “Spanish flu” pandemic — so called because Spain was the first country bold enough to acknowledge its existence — had felled Britain’s wartime leader.

By the following day, his condition had rapidly deteriorated, and soon he was in a hospital bed, fighting for his life on a ventilator. Lloyd George was to remain in hospital for the next 10 days and, according to his valet, for much of that time it was “touch and go” as to whether he would survive.

The prime minister’s deteriorating health was a potential propaganda coup for the beleaguered German army, but luckily the British press was more than happy to cover up the true gravity of the situation.

Lloyd George had spent years courting Lord Northcliffe, owner of the Times and Daily Mail, and his close personal friend C.P. Scott happened to be the editor of the Manchester Guardian, which obligingly reported that the PM had caught a “chill” and was now a “prisoner of Manchester’s not too kindly climate.”

The Times, meanwhile, busied itself censoring medical updates provided by the prime minister’s personal physician, William Milligan, and waited a week before they published any specifics of what had gone on. By the time the public had any inkling that their prime minister had nearly met his maker, Lloyd George was well on his way to recovery.

The wartime coalition leader was not the first British prime minister to become seriously ill in office, but he at least survived the term — unlike six of his predecessors.

Those included Charles Watson-Wentworth, one of the last victims of a flu pandemic that claimed tens of thousands of lives in 1782; Spencer Perceval, assassinated in 1812; and William “three bottles” Pitt, whose lifestyle finally caught up with him aged just 46 in 1806.

Henry Campbell-Bannerman, who retired on the grounds of ill health in 1906, was still living in Downing Street when two years later he uttered the fateful words “this is not the end of me” and promptly died.

What changed in the years between Campbell-Bannerman’s death and Lloyd George’s sickness was the relationship between the press and the executive.

The “Defence of the Realm” act in August 1914 had made criticism of the war effort a criminal act, and media barons, including Lord Northcliffe and C.P. Scott, were only too happy to help with the propaganda. The close relationship between Lloyd George and the press was such that his brush with death could be hushed up. 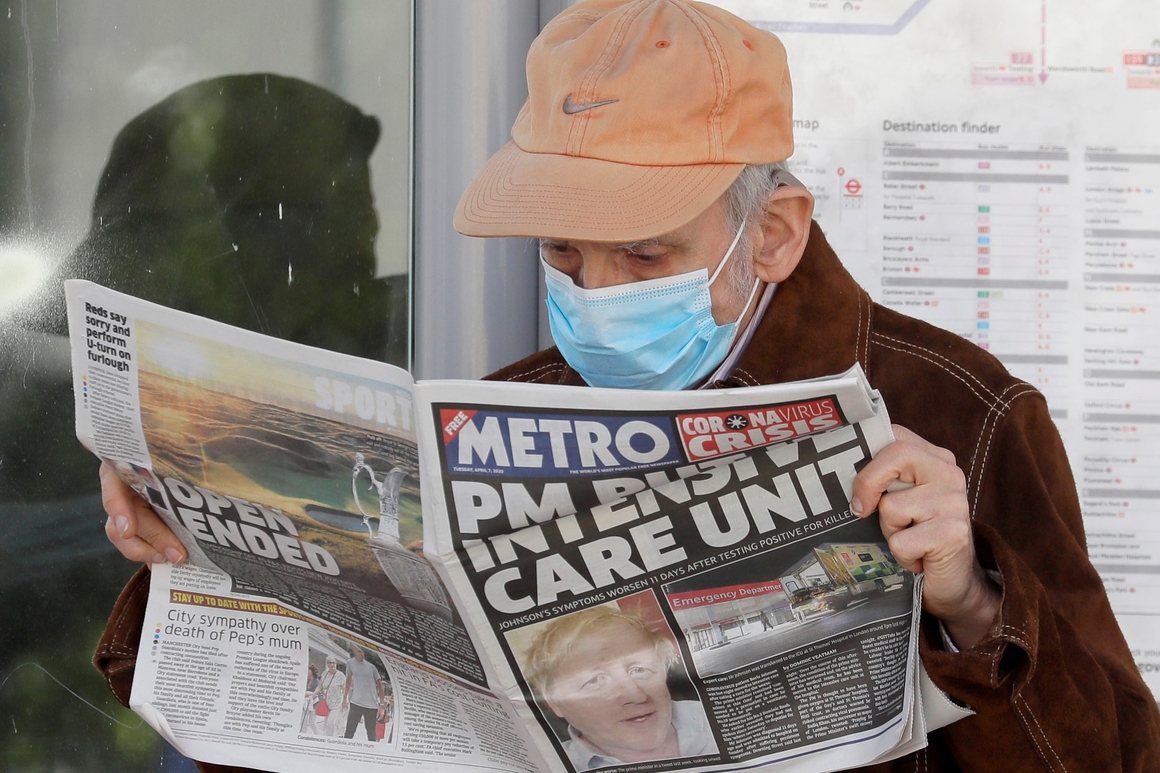 Leaders and potential leaders like to appear fit, resilient and strong in the public eye. This is why so many wannabe prime ministers take up jogging whenever an incumbent starts to look as if their days are numbered. It’s also why so many have been keen to brush aside concerns about their health.

In 1941, during a Christmas visit to Washington, Winston Churchill suffered a suspected heart attack while staying at the White House, but given the sensitivity of the mission, even his own doctor kept the news from him.

As the war went on, Churchill’s health declined further and he suffered frequent bouts of pneumonia, including one, during a visit to General Eisenhower’s headquarters at Carthage, that nearly killed him.

During his post-war term, Churchill’s mental and physical health declined steeply, and efforts to cover it up became so farcical that the great man was finally defeated and obliged to retire in 1955.

Unfortunately, his successor, Anthony Eden, was arguably in even worse health. A series of botched operations to remove gallstones from his bile duct had left him susceptible to recurrent liver failure. To fight off the persistent pain, doctors prescribed amphetamines and for most of his premiership Eden was, to all intents and purposes, off his face on Benzedrine.

All of this was hushed up, even as it addled the prime minister’s judgment during the Suez Crisis.

More recent British leaders have also been cagey about their health concerns. It was only after he left office that Gordon Brown felt he could admit he had nearly gone blind in his one good eye during his time at the top.

Tony Blair’s heart operation in 2004, during his second term in office, was successfully downplayed by his team, who insisted that Blair’s “appetite for the job was undiminished” and that as long as he cut down on tea and coffee he would be fine.

Now Johnson, that seemingly unstoppable force of nature, has been felled by COVID-19, and we are once again seeing the governmental spin machine do its best to downplay the seriousness of the situation.

Tweets from the prime minister’s official Twitter account insisted he was in “good spirits” and “keeping in touch with my team” even as he was being treated in an ICU for what is clearly a very severe case of the virus.

Our leaders are not immortal, nor should we expect them to be. Perhaps instead of pretending that they are, they should admit they are human, with all the human frailties that brings. When the whole world is suffering, it is counterproductive to pretend that you are not.

Johnson’s term in office has so far been unexceptional. But perhaps in demonstrating that this vicious, nasty illness has no respect for who we are or what great office of state we might hold, he is doing something very useful indeed.

Prime Minister Boris Johnson should take time to recover his health for the sake of himself and his family — and the rest of us should heed the warning.