Prince George, Charlotte and Louis have 'inherited skill' from great-grandmother the Queen 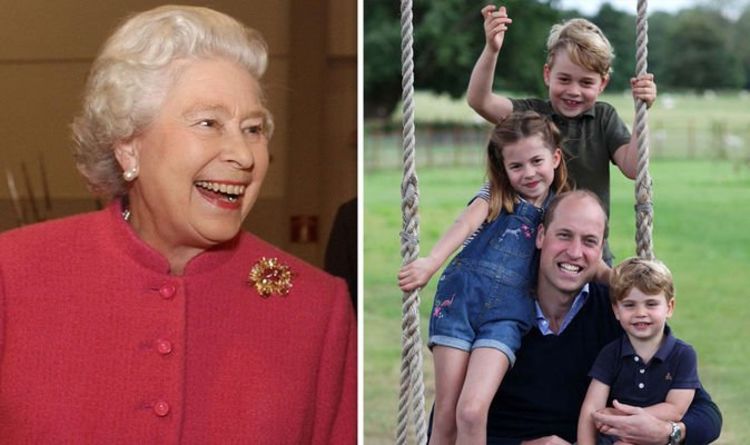 According to the analyst George, Charlotte and Louis are less shy than their father Prince William and grandfather Prince Charles were at a similar age.

Judi said: “For most royal fans this will be the first glimpse of George, Charlotte and Louis speaking to camera and their confidence and performance skills appear to have been inherited from their great-grandmother The Queen.”

According to Judi, old home video footage of the Queen and her sister Princess Margaret as young girls shows them behaving with ease in front of the cameras.

Judi claimed that like their great-grandmother, the Cambridge children are not camera shy.

She said: “While William and his father Charles before him always showed signs of some camera-shyness as children, home movies of the Queen and her sister Margaret as children reveal that the Queen was quite happy to dance, play and chat in front of the cameras with similar levels of confidence as George, Charlotte and Louis display here.”

According to Judi, the seriousness with which the young royals relayed their questions to Sir David sets them apart from a young Princess Elizabeth.

The expert said: “Unlike the Queen though, all three of Kate and William’s children look seriously focused on their questions to their hero Sir David.”

Louis’s appearance in the clip was the first time he has been captured speaking in public.

Judi said: “Both older siblings are trumped by little Louis though, who takes a deep breath and opens his mouth wide to shout his own message to Attenborough without a trace of a fluff or hesitation.”

One royal fan gushed: “Oh my word, this was so sweet, our first time properly hearing little Prince Louis.”

Another wrote: “The Cambridge children are so adorable and clever. Louis is only over 2 years old and he speaks so well. Lovely kiddos.”

A third added: “How lovely. I have to give the top kudos to Louis with his ‘amamals’. Very composed for a two-year-old.

Another said: “Oh my…this is my first time to see them talking… ‘What AMIMAL do you like’ made me melt.

“Thank you, Duke and Duchess, of Cambridge for sharing such a lovely video to the world!”

ByPrincess Anne, 70, seemed to step into her father Prince Philip's shoes on Thursday (October 29) with an important royal visit to a naval...
Read more
Lifestyle

ByThe expert explained: "Donald still has one ace up his sleeve, Melania. Her impeccable presentation is without flaws." The mother-of-one will regularly model pieces from...
Read more
Lifestyle

By“A 2018 collection from Off-White pulled prints and styles directly from some of her most iconic looks from the ’80s. “This period remains a strong...
Read more
Lifestyle

How to Avoid the 5 Worst Bathroom Design Mistakes

ByBiography WHAT DO designers fear in the bathroom more than a monster behind the shower curtain? For Allison Babcock, an interiors professional in Sag Harbor,...
Read more
Lifestyle

BySupermarkets have had to implement new guidelines for customers to follow to help stop the spread of coronavirus. In order to help protect shoppers...
Read more
Lifestyle

Want a Gorgeous Garden Fast? Here's What to Plant This Fall

ByA SLEW OF NEW suburbanites is confronting the reality that their Covid-propelled flight from the city is more than a summer fling. They’re often...
Read more