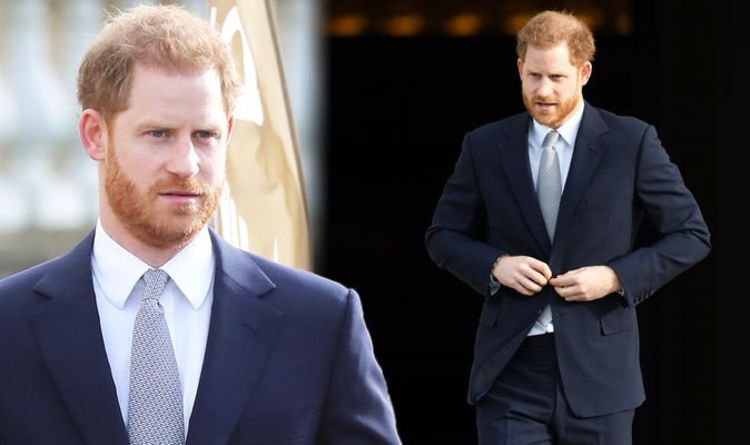 Speaking of the video, she told Express.co.uk: “He might have been struggling with the autocue here but Harry’s subliminal body language signals here hint at defiance and some anger at what has happened, plus some signals of status and dominance.”

Although he did not say it, the Prince appeared tense which could relate to what he is going through with the Royal Family.

However, he also showed signs he wants to put it all behind him and continue to work on projects important to him, Judi explained.

She added: “It’s as though he’s keen to get over all the problems of the past few weeks and get on with the things that his head and his heart are welded to, like these games.

“His delivery is quite earnest and his smile is rather thin. His accelerated blink hints at the anger and with the trait of bouncing on his toes as he talks he appears to have gone back into his more military role, as a leader mustering the troops.”

The Duke of Sussex, who is the Patron of the Rugby Football League, hosted the draw for the men’s, women’s and wheelchair tournaments.

As he arrived for the event, Harry once again seemed keen to put any problems out of his mind.

The royal tried to keep a low-profile as he travelled to Buckingham Palace and did not give much away.

Judi added: “In the car he looks equally professional, keeping his eyes on his phone and creating an unemotional poker face as though rising above all the drama he and Meghan have created.”

Prince Harry and Meghan Markle made the shock announcement that they would step back from their roles as senior royals in a statement last week.