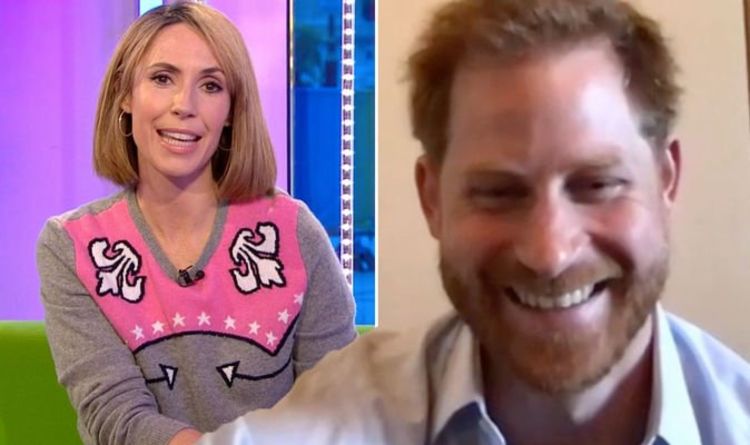 He added: “That’s why it’s incredibly impressive but yet at the same time so incredibly uplifting.”

Alex then said: “Thanks so much Prince Harry for that. He does make quite a promising One Show reporter don’t you think?”

Michael joked he was left feeling slightly disappointed with the Duke’s appearance, however.

He replied: “Didn’t get to see enough of the house though, did we?”

Alex jokingly screwed her face as she shook her head in agreement before he co-host continued: “You love doing that, don’t you?”