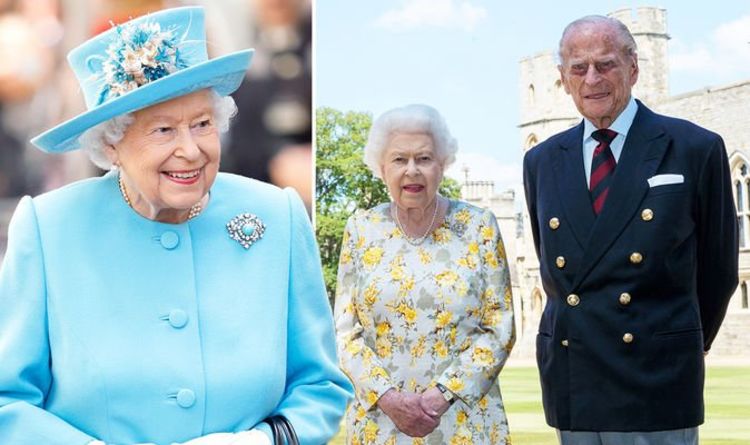 The expert suggested they are still using similar poses despite having been married for nearly 73 years.

Both Prince Philip and the Queen are looking directly at the camera and the monarch appears to be comfortable by her husband’s side.

Judi continued: “Philip stands like a much younger man here, upright, almost military and with a familiar sense of fierce-looking energy, his teeth slightly clenched and his piercing eye-gaze addressing the camera.

“The Queen’s choice of a bright yellow-flowered dress suggests almost youthful celebration though and her pose with her hands clasped in front reveals a sense of relaxation and comfort alongside her husband.